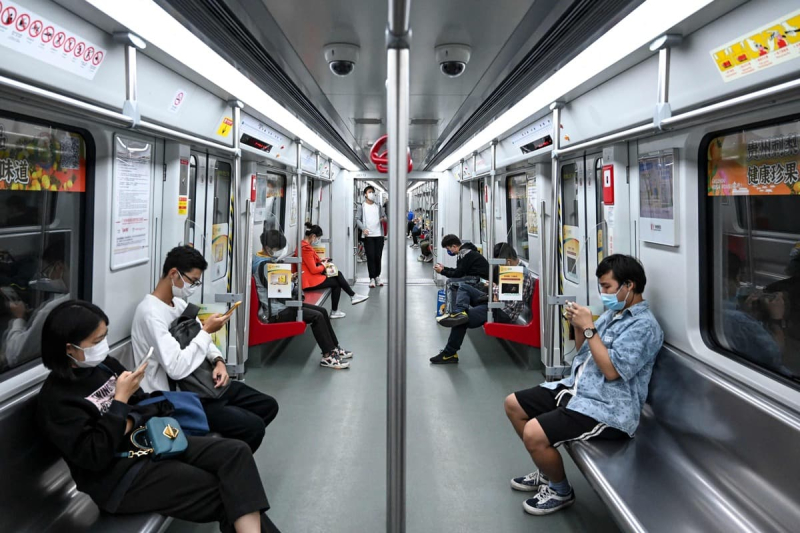 The demonstrations of the last days to demand the end of the restrictions are explained by the fact that “people were frustrated” after three years of epidemic, also explained Xi Jinping to the President of the European Council Charles Michel, during an interview Thursday in Beijing. , according to an EU official speaking on condition of anonymity.

Charles Michel, who represents the 27 EU member states, was visiting Beijing on Wednesday and Thursday, where he met the Chinese president.

Xi justified easing anti-COVID policy, pointing out that now the “COVID variant in China is mainly Omicron, which is less lethal, which paves the way for more flexibility in restrictions,” according to the official. European.

The anger of the Chinese towards the health hard line in the fight against the pandemic had overflowed in the streets last weekend, a mobilization of an unprecedented scale for decades .

China reacted quickly to stifle the movement, with a heavy police presence on the streets and increased monitoring of social networks.

At the same time, several cities have started to ease restrictions, such as the abandonment of daily mass testing, one of the tedious pillars of life under the reign of “zero-COVID”, in place for almost three years.

This has not prevented sporadic scuffles .

Images published Thursday evening on the internet and geolocated by AFP show dozens of people facing officers in full protective suits in front of a middle school in Yicheng, Hubei province.

According to the person who posted the video, it is about parents whose children have tested positive and taken to quarantine facilities.

The footage shows people coming to blows and parents kneel, begging to bring their children home.

Anyone who tests positive in China must in theory be placed in a quarantine center, with variable comfort. But a radical change in doctrine seems to be at work.

In an analysis published Friday by the People's Daily, organ of the ruling Communist Party, several medical experts support the measures taken by some local authorities to authorize this quarantine at home.

Officials from some neighborhoods in Beijing's Chaoyang District said the measure is now being applied in their area.

Dongguan Industrial City announced on Thursday that people who meet “specific conditions” will be able to carry out the quarantine at home – without detailing these conditions.

The technological megalopolis of Shenzhen, has applied a similar policy since Wednesday.

At the national level, members of the government have also reported that a Broader policy relaxation could be considered.

On Wednesday, before the Ministry of Health, Deputy Prime Minister Sun Chunlan acknowledged the low dangerousness of Omicron variants and the improvement in the vaccination rate. A central figure in China's strategy against the pandemic, Ms. Sun did not mention the term “zero COVID”, raising hopes that this strategy would soon be relaxed.

As of Monday, Beijingers will again be able to take the bus and metro without having to present a negative PCR test result less than 48 hours old, the town hall announced on Friday.

Users will however have to continue to present a health pass to the green, confirming that they have not crossed a “high risk” zone.

The same measure has been in place since Friday in Chengdu.

Also in Beijing, health authorities on Thursday called on hospitals to stop refusing care in the absence of a PCR test within 48 hours.

China has experienced a series of deaths, when treatment or relief has been delayed by the strict anti-COVID measures.

In January, a pregnant woman in Xi'an (north) had thus lost her baby, after the hospital refused to take her in for lack of a valid PCR test.

These deaths were a rallying cry during the protests, with a post going viral listing the cases of all those who died due to negligence related to sanitary restrictions.

Many other cities, yet affected by an upsurge in coronavirus cases, are now allowing the reopening of restaurants, shopping centers and even schools, deviating from the confinement rules that have prevailed so far.

In the city of Urumqi, capital of the Xinjiang region (northwest), where a fatal fire had triggered the first demonstrations, the authorities announced on Friday that supermarkets, hotels, restaurants and ski resorts would be gradually reopened.

This city of more than four million people has suffered one of the longest confinements in China. The fire in an apartment building on November 26 killed 10 people there. The restrictions have been blamed for delaying relief efforts.

The World Health Organization on Friday welcomed the easing of China's anti-COVID strategy, after angry demonstrations against the zero-COVID policy of the authorities.

“We are happy to hear that the Chinese authorities are adjusting their current strategies and really trying to calibrate now the control measures of this virus which they need for people's lives, livelihoods and human rights,” WHO Emergency Manager Dr Michael Ryan told a regular press briefing in Geneva.

“It is really important that governments listen to their people when people are suffering. We really want to see this adjustment happen and accelerate,” insisted Dr. Ryan.