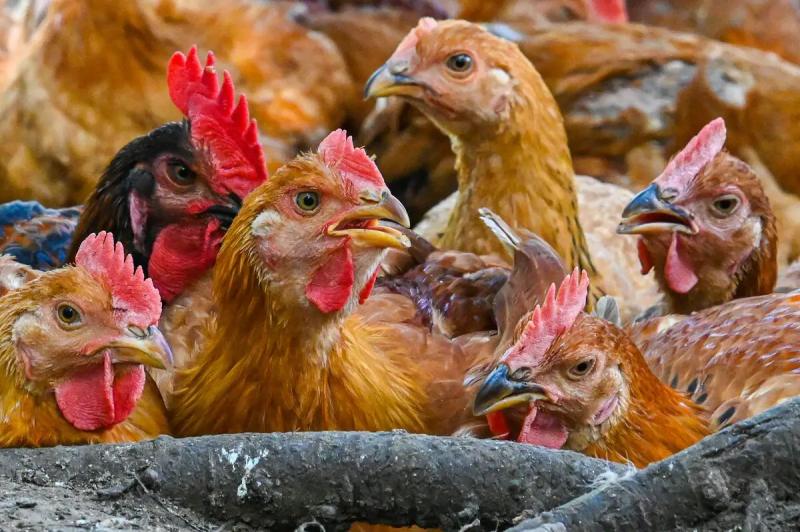 Scorching temperatures in China have caused egg prices to jump locally as hens are laying less than usual due to the heat, local media reported.

Heat waves regularly affect China in the height of summer, particularly in the arid west and south of the country.

According to scientists, however, they seem to be stronger in recent years due to global warming, which is already having repercussions on the economy.

In the metropolis of Hefei (east), located 900km South of Beijing, farmers are seeing a drop in egg production due to the heat, according to local press.

To cool their hens, some producers have been forced to install air conditioners, reports the daily Jianghuai Morning News.

This drop in production has caused egg prices to jump by around 30% in Hefei, the regional capital of Anhui.

Similar increases have also been seen in several provinces.

Prolonged extreme temperatures are hurting productivity for food products. animal origin, including eggs and milk, notes a study by the US Department of Agriculture.

The city of Hefei already has 14 days this year with temperatures above 38°C , a record.

Several provinces are rationing moreover electricity for professionals, at the time when the electricity network is put to rud e ordeal by air conditioners and that hydroelectric dams struggle to meet demand due to weak waterways.