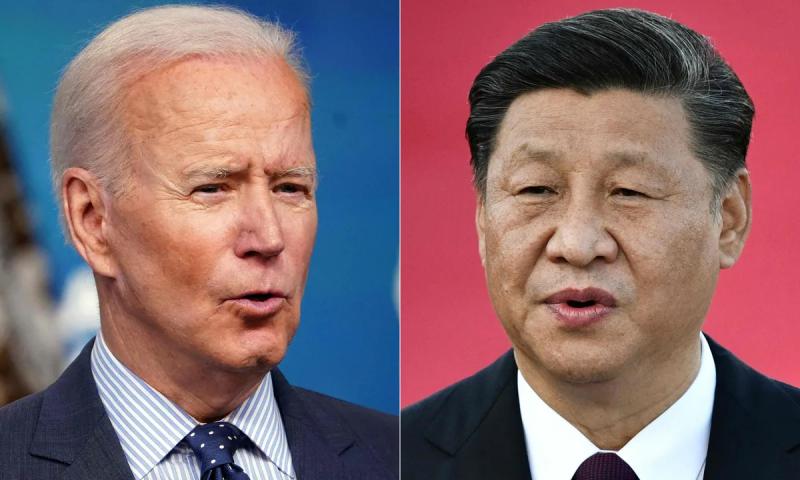 BEIJING | “This is a serious violation” of Washington’s promises to Beijing: China on Monday denounced US President Joe Biden’s remarks, who assured that the United States would defend Taiwan in case of Chinese intervention.

“This sends a bad signal, serious, (of support) to the separatist forces militant for the independence of Taiwan”, lambasted in front of the press Mao Ning, a spokesperson for the Chinese Ministry of Foreign Affairs.

During an interview broadcast this weekend, American television CBS asked Joe Biden if “Americans would defend Taiwan in the event of a Chinese invasion”.

“Yes, if an unprecedented attack were to occur,” replied the American president.

A spokesperson for the White House then told AFP on Sunday evening that American policy to regard to Taiwan had “not changed”.

China considers Taiwan, with a population of some 23 million, to be one of its provinces, which it has not yet managed to reunite with the rest of its territory since the end of the Chinese Civil War in 1949.

In seven decades, the communist army has never been able to conquer the island, which has remained under the control of the Republic of China – the regime that once ruled mainland China and now rules only Taiwan.

During his interview, the President of the United States assured that he was not “encouraging” the island to declare its independence.

Joe Biden's remarks constitute “a serious violation of the important commitment of the United States not to support the independence of Taiwan”, underlined the spokeswoman Mao Ning.

By three joint communiqués signed in 1972, 1979 and 1982, the United States had notably undertaken to recognize the Beijing government as the sole legitimate representative of China.&nbsp ;

Washington had also “recognized the Chinese position that there is only one China and that Taiwan is part of China”, according to the text of the 1982 press release published on the website of the Chinese Embassy in the United States. United.

On the side of Taiwan, Joe Biden's remarks were welcomed Monday by the Ministry of Foreign Affairs, which expressed its “sincere gratitude”.

“Faced with the military expansion and provocative actions by China, our government will continue to strengthen its self-defense capabilities,” he said in a statement.

Joe Biden had already affirmed at the end of May that the United States would intervene militarily to support Taiwan in the event of a Chinese invasion. He then went back, affirming his attachment to “strategic ambiguity”.

This deliberately vague concept, which has governed Washington's Taiwanese policy for decades, consists of the United States refraining from saying whether or not it would intervene militarily to defend Taiwan in the event of an invasion.

The United States and Taiwan have grown closer in recent years. This has contributed to straining Beijing-Washington relations, now at their lowest in decades.

Wednesday, a bill, which notably provides for the first direct military aid from the United States to Taiwan, took a key step in the American Congress.

A few days earlier, Washington had announced an arms sale for 1.1 billion dollars in Taipei.

In early August, a visit to Taiwan by the Speaker of the United States House of Representatives, Nancy Pelosi, had been considered by Beijing as a provocation.

“We are ready, with the greatest sincerity, to do our best to work for peaceful reunification,” Chinese spokesperson Mao Ning said Monday.

“But we will not tolerate any action aimed at secession and the right to take all necessary measures.”

Beijing has been mounting economic, diplomatic and military pressure on Taipei since current Taiwanese President Tsai Ing-wen came to power in 2016. a pro-independence party.

Since 1979, the United States has recognized only one Chinese government, that of Beijing. But they continue to provide support to the Taiwan authorities, including through significant arms sales.

“We urge the US side to fully recognize the extreme importance and high sensitivity of the issue of Taiwan (…) so as not to further harm China-US relations,” Mao Ning said.