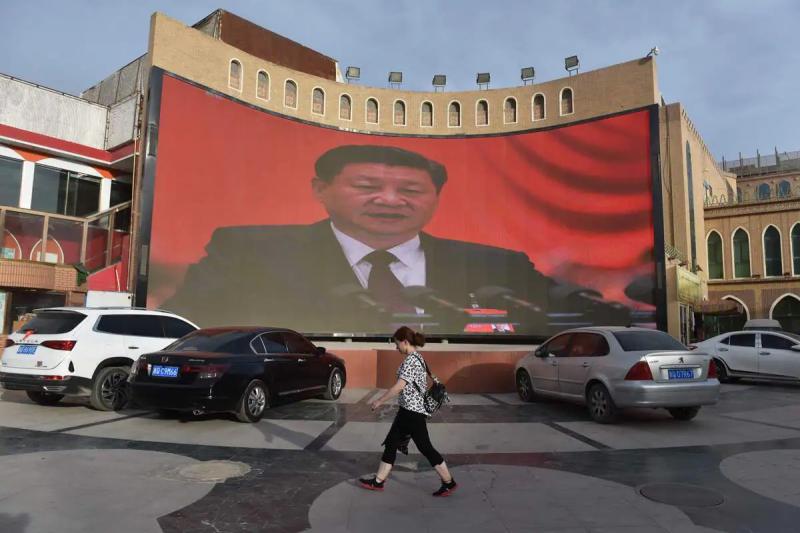 Chinese President Xi Jinping visited Xinjiang (northwest), the official press reported on Friday, a first since 2014 in this region long scarred by attacks and the target of repression carried out in the name of anti-terrorism.

Western studies accuse Beijing of having interned more than a million Uyghurs and members of other local Muslim ethnic groups in “camps re-education”, or even to impose “forced labor” or “forced sterilization”.

China presents the “camps” as “vocational training centers” intended to combat religious extremism and train residents in a trade to ensure social stability.

Beijing says it does not impose no sterilization, but only to implement the national birth control policy, which was little practiced in Xinjiang before.

According to the new China agency, Xi Jinping praised the socio-economic progress of the region during a visit kept secret and started Tuesday in Urumqi, the regional capital.

This is his first visit since 2014, a stay which had been marked by an attack on the last day of his visit and which announced the start of a vast anti-terrorist campaign.

The year 2014 had was particularly bloody, with another attack against civilians in Urumqi and a third at Kunming station in southwestern China, each of which killed several dozen people and shocked the country.

In Shihezi, in the north of the region, Xi Jinping on Wednesday praised the work of the Xinjiang Production and Construction Company (“Bingtuan”), sanctioned by the United States for alleged human rights abuses.

This powerful semi-military economic organization, responsible for agricultural development and border security, among other things, has made “great strides” in reform and development, Xi said.

His visit comes before the Communist Party congress in the fall, during which he should, barring cataclysm, be kept at the head of the organization.

During a rare visit to China in May , Michelle Bachelet, the UN High Commissioner for Human Rights, had called on Beijing to avoid “arbitrary” measures s” in Xinjiang, while denouncing “violent acts of extremism” in the region.