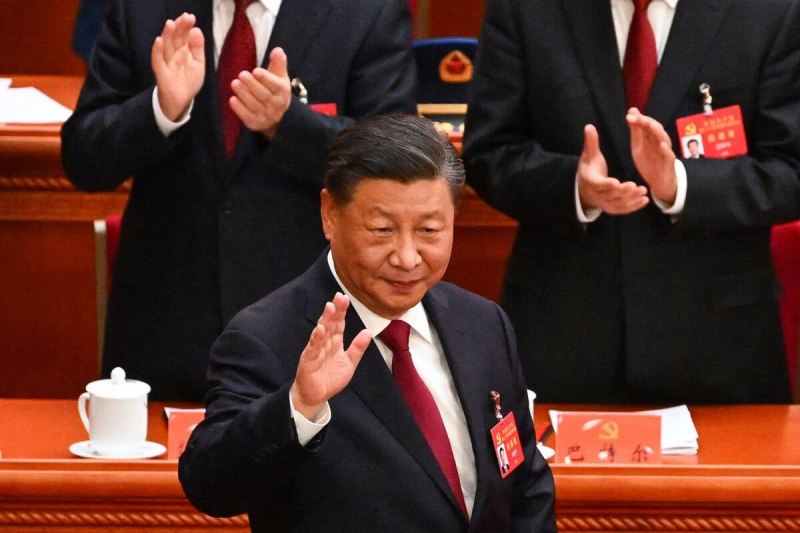 Beijing | Chinese President Xi Jinping pleaded for continuity and triumphantly defended his policies in his opening speech at the Communist Party Congress, which is due to lead him to a third term in a few days.

In front of some 2,300 Party delegates on Sunday, the 69-year-old leader took stock of the past five years and mapped out the roadmap for the next five for more than an hour and a half.

S' he did mention a “critical moment” in which his country finds itself, where the strict zero Covid policy is undermining economic growth, Xi Jinping above all wanted to project the image of a strong and innovative China, determined not to change in the immediate future.

This speech “had no ambiguity about continuity”, reacted on Twitter Joseph Torigian, of the international department of the American University in Washington.

So “this congress, although historic, absolutely does not mean new political orientations”, he estimated.

Since his arrival at the head of China in 2012, Xi Jinping has concentrated and personalized power, leading an anti-corruption campaign that allowed him to clean up his rivals, while displaying his firmness on the international scene.

< p>Relations with the Western world, led by Washington, have become strained, against a backdrop of commercial competition and criticism from many countries regarding its policy towards Taiwan, Hong Kong or Xinjiang.

And yet, the discourse Xi Jinping's Sunday speech had “an overall tone of triumphalism,” notes academic Hong Zhang of the Ash Center at Harvard Kennedy School (HKS).

As proof, the way the leader presented his country as an alternative to the West: “Chinese-style modernization offers humanity a new option to modernize,” claimed Xi Jinping.

This is the first time that this expression of “Chinese-style modernization” has been used in a speech at the CCP congress, explains Holly Snape, professor at the University of Glasgow and specialist in China.

It “reinforces the notion that there is a Chinese way: a 'Chinese style' of modernization, political system, democracy, rule of law…”

< p>It also highlights Xi's emphasis on Chinese science and technology, sectors he wants to be more “autonomous and strong”.

Iris Pang, ING Bank's chief China economist, Sees this as a clear reference to the “tech war” with the United States.

It has accelerated since President Joe Biden decided in August to increase his support for the semiconductor sectors and high technologies in his country.

Si Xi seems confident in his country's economy, the problems are still there.

In a context of slowdown due to health restrictions and the real estate crisis, China surprised Monday by announcing the postponement of the publication of its quarterly growth, expected the next day.

And while Xi insisted that economic growth remained the priority, he did not seem to want to ease the zero Covid policy despite its impact on activity. The Communist Party “prioritizes human lives” over the economy, the leader stressed.

Another main focus of his speech: security.

For the Communist Party, a central element of this security is obviously the question of Taiwan, this time with “a greater warning against foreigners not to get involved,” observes Bonnie Glaser, Asia Program Director at the German Marshall Fund.