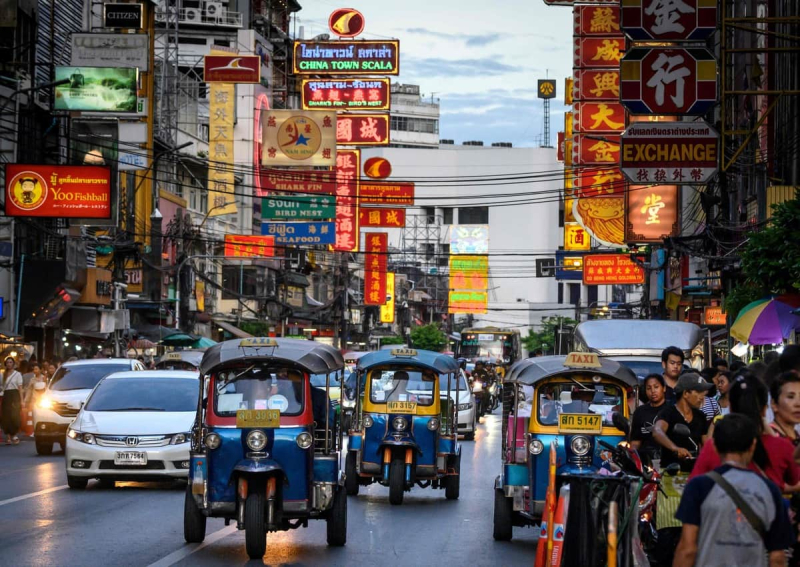 It's a historic turning point: China, the most populous country in the world, where one-sixth of the planet's inhabitants live, saw its population drop last year, unheard of for six decades .

This fall promises to be lasting, perhaps until the end of the century, according to demographers, which will severely affect the economy and the pension system.

As of this year, India should dethrone China as the country with the most inhabitants, had already announced the UN.

The Chinese were once known for their large families. The population has thus doubled since the 1960s, to exceed 1.4 billion today.

But in 2022, the number of births in mainland China will have been only 9.56 million, the National Bureau of Statistics (NBS) announced on Tuesday. At the same time, 10.41 million deaths were recorded.

The combination of the two phenomena produced a drop in the population (minus 850,000 people).

C' is a first since 1960-1961, when a famine, which began in 1959, caused tens of millions of deaths following errors in the economic policy of the “Great Leap Forward”.

Paradoxically, this decline comes despite the relaxation of the birth control policy in recent years. Ten years ago, the Chinese were only allowed to have one child. Since 2021, they can have three.

How to explain this drop?

The cost of life has risen sharply in China, as has that of raising a child. The higher level of education of women also delays pregnancies.

“There is also a habit now of having small families, due to the one-child policy that has been in place for decades,” Xiujian Peng, a researcher specializing in Chinese demography at the Institute, told AFP. Victoria University (Australia).

The desire to have a child is also less strong among the younger generations.

The independent demographer He Yafu also points to the AFP “the decline in the number of women of childbearing age, which fell by five million per year between 2016 and 2021”.

“The decline and aging of the population (…) will have a profound impact on the Chinese economy, today at 2100,” warns Xiujian Peng.

“The decline in the labor force means higher labor costs” and this “will affect China's competitiveness in the global market”, she underlines.

According to the projections of his team, without reform of the pension system, the payment of pensions could represent 20% of GDP in 2100 – compared to 4% in 2020.

“The pressure on the working population to provide care for the elderly will be growing,” warns He Yafu.

Many local authorities have launched measures to encourage couples to procreate.

The metropolis of Shenzhen (south) has been offering a birth bonus and allowances paid until the child is three years old.

In total, a family with three children will receive 37,500 yuan (5,150 euros) from bonuses and allowances.

The province of Shandong (east) offers 158 days of maternity leave (60 more than the national standard), from the first child.

The metropolis of Changsha (center), which limits purchases to curb speculation, allows couples with two or three children to buy an additional apartment.

“It should above all (that the government) clearly affirms that there is no longer any limit to births, in order to recreate a real culture of the birth rate”, affirms He Yafu.

“A comprehensive set of measures covering childbirth, parenthood and upbringing is necessary to reduce the cost of raising a child,” said Xiujian Peng.

The Chinese population could decline by an average of 1.1% each year, according to a study by the Shanghai Academy of Social Sciences, the data of which was transmitted to AFP.

China could have only 587 million people in 2100, less than half the population today, according to the most pessimistic projections of these demographers.