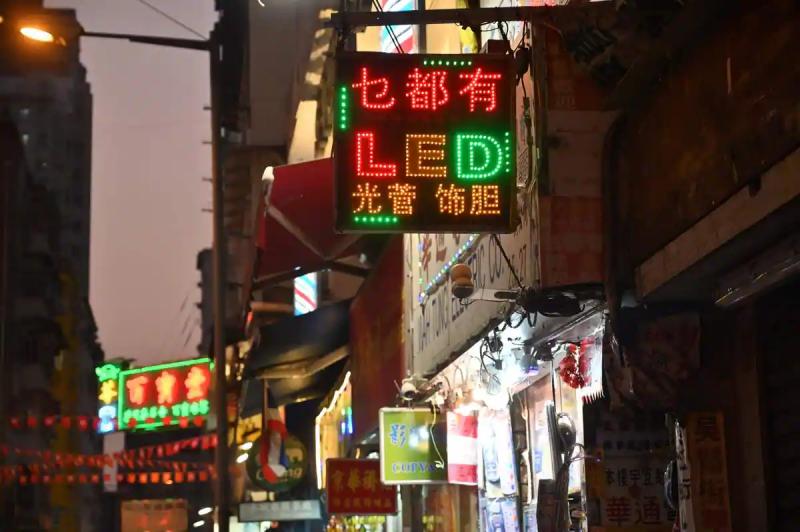 BEIJING, China | A major city in China has reduced subway lighting and turned off billboards to save electricity, as part of the country faces shortages due to extreme temperatures.

The mercury has happily exceeded 40°C in recent days in Sichuan, a province that depends 80% on hydraulic dams for its electricity supply.

Due to the heat wave, the rivers of the region are dry, which strains the power grid due to air conditioners running at full speed.

To save energy, the subway of the metropolis of Chengdu (southwest) indicated Thursday “optimize” the air conditioning temperature in trains and stations.

Street lighting is also reduced and billboards are no longer illuminated on the subway, a video from the public carrier showed, in which stations appear in the dark.

Chengdu, which has more than 20 million inhabitants, is the provincial capital of Sichuan.

The municipality had for its part ordered on Tuesday to no longer light outdoor advertisements.

In the street, neon signs, ubiquitous in China, must also be turned off, the city said.

Since this week, Sichuan has been rationing electricity with many factories and businesses in the area. stoppage and intermittent power cuts for some of the inhabitants.

These difficulties pose a challenge to China's economic lung, as the coastal regions of Jiangsu and Zhejiang are supplied by electricity from Sichuan .

The flow of the Yangtze River is also 51% lower than the average of the past five years, according to the CNS news agency.

Heat waves in the middle of summer are not unusual in China, in particularly in the arid west and south of the country.

But the country is facing extreme weather conditions this year, exacerbated by global warming according to scientists.

D' according to the national meteorology, China is going through the longest period of strong heat since 1961.

In Jiangsu (east), it is so hot that the bitumen reaches 68°C in places. Local authorities have warned motorists of the risk of tire bursts.

These bad weather had caused in an area mountainous mudslides and diverted the course of a river.