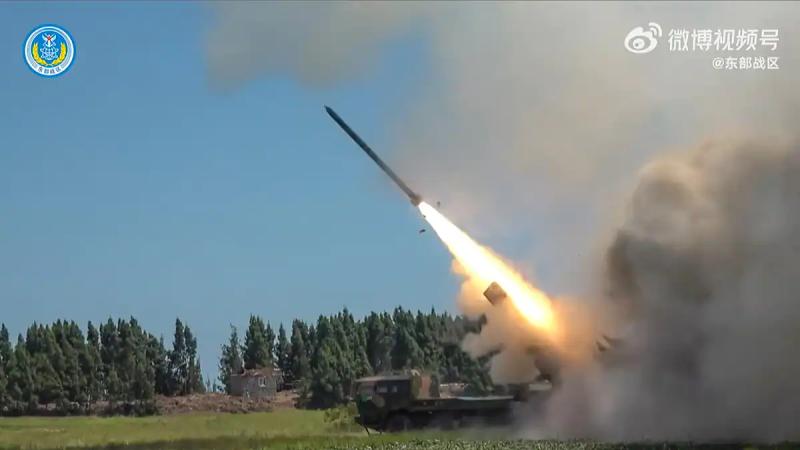 Ms. Pelosi has sparked the ire of Chinese authorities by being the most important American elected official to visit Taipei, where she stayed from Tuesday to Wednesday.

China, which considers Taiwan as an integral part of its territory, launched the largest military exercises in its history on Thursday around the island, in a total of six areas.

The army and the Chinese government have not yet formally confirmed the overflight of Taiwan by Chinese missiles during these maneuvers, while the Taiwanese authorities also refuse to confirm it.

However, the Taiwanese Ministry of Defense announced in a statement on Friday that Chinese “planes and warships” have crossed the “median line” of the Taiwan Strait, which separates the island from mainland China. The ministry denounced the “highly provocative” military exercises.

But the Japanese Ministry of Defense indicated that, of the nine missiles it detected, four “would have flown over the main island of Taiwan

“Our drills this time included firing live ammunition, and it was the first time they had flown over Taiwan,” Meng Xiangqinq, a professor at China's National Defense University affiliate, told Chinese state broadcaster CCTV. to the military.

He praised the capabilities of the Chinese military, pointing out that these missiles passed through airspace where Patriot missiles — a highly mobile surface-to-air missile system considered a Taiwan's crucial element of defense against China — are widely deployed.

These maneuvers are also the closest to the island ever conducted, with for the first time an encirclement of Taiwan by Chinese armed forces , he added.

According to the official New China news agency, the Chinese army has “flown more than 100 warplanes, including fighters and bombers”, and deployed ” more than 10 destroyers and frigates” Thursday.

The military exercises are scheduled until Sunday noon, China so far ignoring the outraged protests of the United States and its allies.