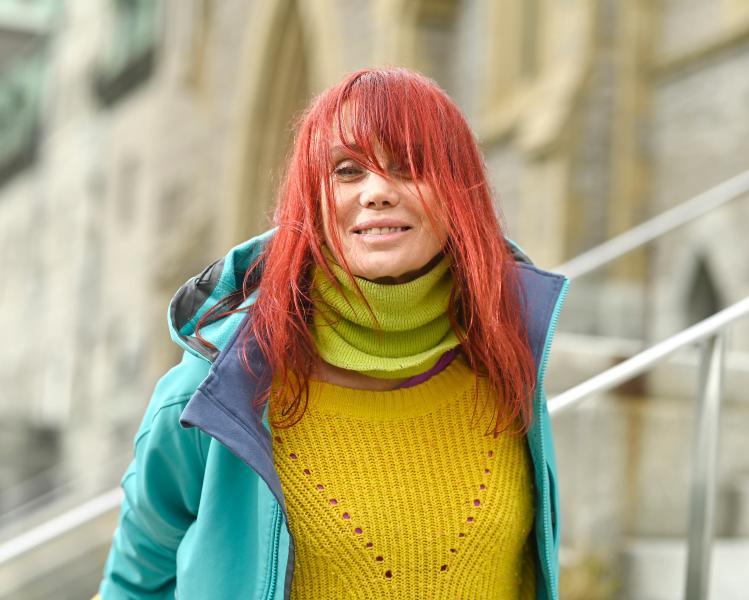 From October 12, we will be able to discover Maudit Silence, the brand new book-disc by Chloé Sainte-Marie . But just before, you can also discover his favorite books.

Recently, was there a book that managed to upset you?

On the Trail of Wandering Canadaby Jean Morisset, who inspired and accompanied my last album. It was the book of a geographer that made me see for the first time the whole great Canadian Canadian family buried under the United States. And everywhere else in the course of the Americas under the greatness of the First Peoples who all saved their lives. There, I discovered my own cousin Laramée-Laramie, who gave his name to the famous Fort Laramie between Wyoming and Wisconsin.

I came away devastated. Why did you hide us so much from ourselves?

In your life, which books have been very important to you?

What was your last big crush on the novel side?

The book Memoirs – Notebooks of a Wandering Monkby Matthieu Ricard, which I approach as a novel. It's still on my bedside table and I read it like a Bible: a little bit at a time. Matthieu Ricard is a universal being, apart from languages, who approaches life in an organic way, and he balances me.

And over the past few years, you have had 'other real crushes?

Barefoot on sacred groundby Teresa Carolyn McLuhan, which I traveled on the heights and from my savannah of Green Island and all covered with my skin as a reading guide.

As a second title, I let myself be read in all freedom by the red tuffs and the polished or jagged notches of the island shores. The First Peoples are said to be illiterate and illiterate. Completely wrong. We are the ones who have become the illiterates of the earth, of the tree and of the rock, which I couldn't do without as nutrient books at all times.

What are you reading in this moment?

I read Dalie Giroux's last three books over and over, which does me immense good. Quebec is burning in hell,The eye of the master, Speaking in America: orality, colonialism, territory… and I just catch his latest, a collective, Talking with Animals.

I am a singer of poetry and speech and here I am discovering in Dalie Giroux the visceral quest for a layer of in-depth speech. A nameless creole, which all Americans have, unacknowledged, in their bosom. In particular, Quebec, plagued by a language that is as creative as it is hidden, as deeply original as it is fought and vilified.

Quebec speaking is like a skin color that absolutely must be tinted. Dalie Giroux is there to celebrate it, and the sound and its color.

Is there a great classic that you particularly liked?

Yes. Beauty of the Lordby Albert Cohen. It was at the very beginning of my career as an actress and singer, and I remained imbued with the Lord for my entire life.

If anything were possible, which writer would you ask to write lyrics for an upcoming song?

To James Noël. His book published by Points, The adolescent pyromaniac followed by The visible blood of the glazier overwhelmed me. The poem on page 125, The Blind Crime, is disturbing.

Which book would you like to finish this interview with?

Bâtons à message – Tshissinuashtakana by Joséphine Bacon. I let you in on a secret. Take a collection of Josephine between your two palms and press lightly, you will have a canoe to read it. And take the same collection by pressing it a little more and you will have a comic book for winter reading.

The poetry of Joséphine Bacon is one of the most beautiful gifts that Quebec has received from all the god-manitous in order to fill in its oversights.

The repetition and memorization of the poems and texts of my next show Maudit Silence – title offered as a gift by Joséphine Bacon – lead both my body and my mind to let themselves be impregnated and penetrated jointly by the writing of the territory.

C' is that I walk a lot in the forest. Every day. And when I miss a day or two of forest reading, my body's spirit revolts and I hurt.