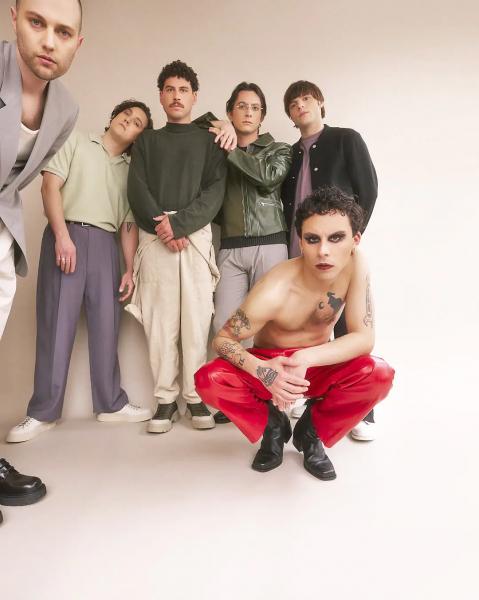 The members of Choses Sauvages have been waiting for this evening for quite a while. Wednesday will mark both the great return to Montreal and the first time as headliner at MTELUS of the eccentric Quebec group. An evening that promises to be charged with energy.

Their new album, Choses Sauvages II, was released on October 15, but the pandemic will have postponed their launch party and their Montreal shows until September 7. It goes without saying that the members of Choses Sauvages, who wandered from festival to festival this summer, can't wait to finally present this new album to their Montreal audience.

“We had a lot of good reviews when the album was released,” explained singer and bassist Félix Bélisle and guitarist Marc-Antoine Barbier. The album has traveled, the crowd is moving, people are dancing, there is a great reception. But we haven't played in Montreal for three years, it was at Club Soda.”

This album – which the five members of the group who are also childhood friends are eager to present – ​​was composed during the pandemic. It was built around the alienation and the search for meaning of this period. Here, the theme of people who have become victims of their “own research” and there, a reflection on a certain sectarian feeling giving rise to pieces “like sorts of prayers”.

Very dancing, almost punk, very warm and containing a certain violence in the subject; this is how the members of the group fond of new age music, electro, synthesizers and “very angry” guitars qualify this second opus.

“The album is more polished, but we don't go with a dead hand on stage”, explains Félix, the original lead singer who lends his bass to his friend Charles Primeau on stage so that he can give his all to the public.&nbsp ;

“In live, there is one more edge, we are in communion with people, they continue. We can talk about a party with a gentle violence where there is definitely a mosh-pit [dance ring in which the spectators hit each other against each other] and crowd surfing [action of being carried above the crowd].»

The group, which launched its self-titled debut album in 2018 when he “was doing little more left-wing pop in French in Quebec”, recently played in Paris and returned excited by a possible partnership with Europeans. Named a group to watch in Quebec by the famous magazine Les Inrockuptibles, it seems that the group and their energy are exporting well.

“Everyone gets on board, the The energy is quite clear and the language is not a barrier,” explains the theatrical Félix, adding that singing in French is not necessarily a position for the group, but rather the clearest way for them to s 'Express ; in their mother tongue and the one in which they live and feel things.

The group Choses Sauvages will be performing at MTELUS on Wednesday. To follow the group: chosessauvages.com