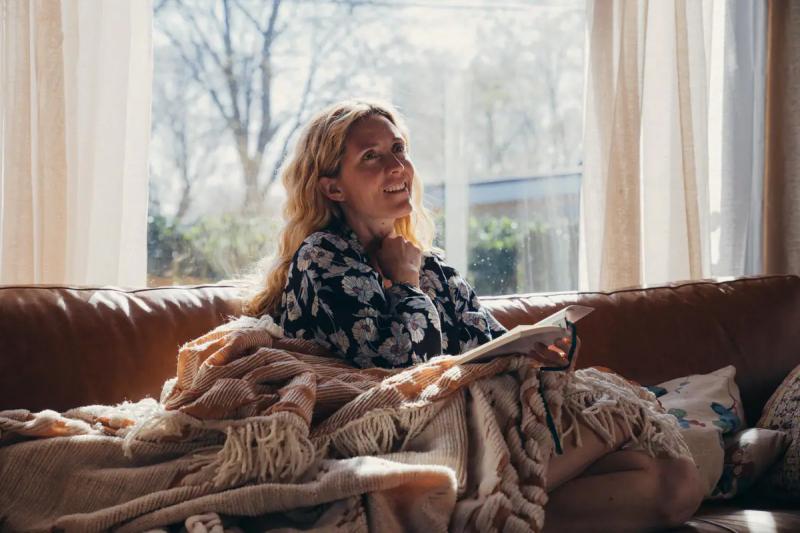 A 37-year-old teacher will succumb to the charms – not without having first resisted – of a student 20 years her junior, causing a family crisis and his brutal fall, which will lead her to in prison.

This is the backstory of “Chouchou”, the new drama series by Simon Boulerice, whose filming ends these days in the Montreal area .

Although Chanelle “Chouchou” Chouinard's gesture is condemned because she is in a position of authority, her interpreter, actress Evelyne Brochu, identified with her from the start.

“She is an ordinary person, a woman who looks like me. I tell myself that the more I look for her in myself, the more we will be able to identify with her. And that's what's going to be interesting: how someone like us rocks. My job was more to look for the ways in me that would make it happen to me,” she said.

The series has several arcs, from the meeting between the two protagonists to dazzling love, through danger, collapse and reconstruction. “All that in eight episodes, so it won't be flat,” laughed the actress met on the set in a Laval high school.

Evelyne Brochu, who also shot her last scenes of the second season of “Paris Police 1900” at the same time, in France, indicates that her character in “Chouchou” is trying “very very hard” to resist the charms of her young pupil, who adores literature like her.

“What makes it so that at some point we can no longer resist, that's what is interesting to see,” she added, emphasizing that 'a great passion as luminous, at least for a brief moment' will ultimately prove to be 'devastating', the repercussions of such a story reaching several people, including Chanelle's two children and her husband.

A person around Evelyne Brochu experienced a similar situation, but instead of sinking into passion, she offered the student a platonic relationship, seeing him every week, taking care to leave the door open to avoid any ambiguity.

Lévi Doré, who is in high demand, plays the young Sandrick, who is both confident and vulnerable, he who is raised by a dysfunctional, liar and alcoholic mother played by Sophie Cadieux.< /p>

“There is clearly a maternal instinct that [Sandrick] can find in Chanelle. The two find themselves in a situation that is slipping, which is serious, but it's a love story, that's the complexity of the thing, ”said the 22-year-old comedian.

Sophie Cadieux, in the role of this complicated mother, has a score of choice. “There are a lot of battles, she screams all the time […] The “fun” for her is also explosive,” mentioned the actress.

Scenes of intimacy in respect and security

As there are physical connections between the teacher and her student, we called in an intimacy coordinator on the set.

Produced by Pass GO, in collaboration with Bell Media, “Chouchou” will be broadcast this fall on Noovo . The series is co-directed by Marie-Claude Blouin and Félix Tétreault.