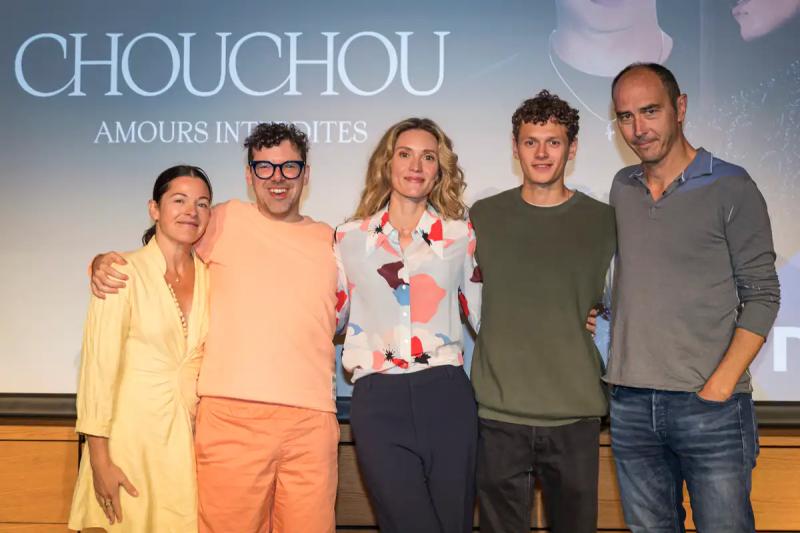 The proposal for the “Chouchou” series is daring: a secondary 5 French teacher falls in love with the new student in her class. The series of eight episodes and first adult fiction by Simon Boulerice tackles a delicate subject, but thanks to the nuanced interpretation of Evelyne Brochu and Levi Doré, we believe in it… without losing sight that it is wrong. /strong>

We discover from the beginning of the first episode of “Chouchou” how the love story between Chanelle “Chouchou” Chouinard (Evelyne Brochu) and Sandrick Ranger (Lévi Doré) ends. . While the 17-year-old student answers questions from the police, the French teacher, mother of two and happily married, submits to having his fingerprints taken.

The next scene takes place two months earlier, before Chanelle's existence is destabilized by her first interaction with Sandrick in a shower at the high school where she works. When Chanelle realizes that the teenager who inadvertently surprised her is going to join her class, she asks the school principal to change classes and reconsiders her decision when she finds out who her new teacher will be.

One thing leading to another, Chanelle becomes more than just a teacher for Sandrick. Thanks to her, he gets a job as a packer at the grocery store of her husband, Jeff (Steve Laplante) who also takes a liking to him when he meets his mother, Patricia (Sophie Cadieux). The latter, completely drunk, bursts into the business so that her son gives her a bottle of wine. After this incident, Jeff tells Chanelle that they should invite her to dinner. By wanting to offer a more stable environment to the adolescent whose role model is an unpredictable and sometimes very cruel woman, he facilitates his rapprochement with his wife.

In the wake of the two episodes of Chouchou presented to the media, the writer, actor and columnist Simon Boulerice that it was time for him to write for a series for adults. “I've written a lot (of series) for young people and I've always written novels for adults, and sometimes we tend to circumscribe someone in a box. That said, I also like more sensitive areas and anyone who has read my adult novels knows that I can be more subversive. This series is going to create a slightly more frank “clash”.

For her part, Vicky Bounadère, producer at Pass Go, the company that produces “Chouchou”, wishes to emphasize that the strength of the series is the writing of Simon Boulerice magnified by the direction of Marie-Claude Blouin and Félix Tétreault. “It took this whole team to tell this story, because the line was thin not to fall into sensationalism. We condemn this gesture and yet, we still believe in it! We believe what the characters feel even if we are reminded that it is wrong, that it is reprehensible. Can such love exist? This is what interested us and these are the questions we hope to raise among viewers.”

The “Chouchou” series will be broadcast on Wednesdays at 8 p.m. in Noovo, starting from next September 14.