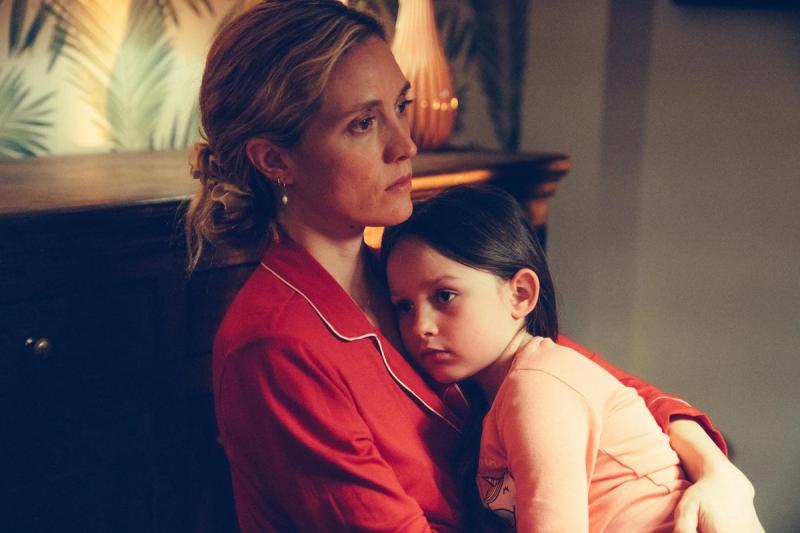 Lending her features to a French teacher like the others who, one day, falls in love with a 17-year-old student was “the greatest and most demanding challenge” of her career. 'Evelyne Brochu.

Chanelle “Chouchou” Chouinard sacrifices everything when she succumbs to temptation with Sandrick (Lévi Doré), shattering her life, family and career, as viewers will find out in this new series from Noovo.

For the actress, Chouchou is a “remarkable” production, just like the series Aveux, which revealed in 2005 upon leaving the Montreal Conservatory of Dramatic Arts, or the film Café de Floreby the late Jean-Marc Vallée.

“Chouchou is truly one of the great artistic experiences of my life, a big crush. There was such kindness, such rigor on this set, we all loved the project that Simon had delivered to us, ”she told Agence QMI.

The Simon in question is Simon Boulerice, who signs with Chouchou his first series for adults.

“Because what is happening to Chanelle is so dazzling, the carpet slips under her feet and she is in total loss of control. It's an emotional journey the likes of which I've rarely seen across eight episodes. There was a part of me that had to subscribe to this great meeting, then from there to all the consequences that it may have had in his life and on his family.

At its core, Chanelle is a “good person” and her relationship with the teenager was unwanted. She has young children with her husband Jeff (Steve Laplante) and, by developing a relationship with a teenager who, like her, loves literature, she will have to face justice and recognize her wrongs.

“I feel like you can touch truths that are sometimes harsh, incorrect and uncomfortable, that tell something that shouldn't have happened, when you do it with heart, intelligence and sensitivity, with multiple points of view,” said the actress.

A series in France, a film in English and a 2ealbum

In addition to having shot Paris Police 1905 in parallel, the sequel to the French series Paris Police 1900, Evelyne Brochu Completely changes her universe these days by playing in English in a romantic comedy intended for the big screen and which she cannot talk about for the moment. The mother of three young children also finds the time to work on the 11 songs of her next opus with her accomplice Félix Diotte.

“It takes organization! There is a lot of excitement in my life, my jack-of-all-trades side is very happy and I am grateful,” she underlined.

Produced by Pass Go, the eight episodes of Chouchou were produced by Marie-Claude Blouin and Félix Tétreault. Besides Evelyne Brochu, Lévi Doré and Steve Laplante, the series stars Sophie Cadieux, Patrick Emmanuel Abellard, Kathleen Fortin and Pascale Renaud-Hébert. The first episode will be broadcast on Wednesday, September 14, at 8 p.m., on Noovo.