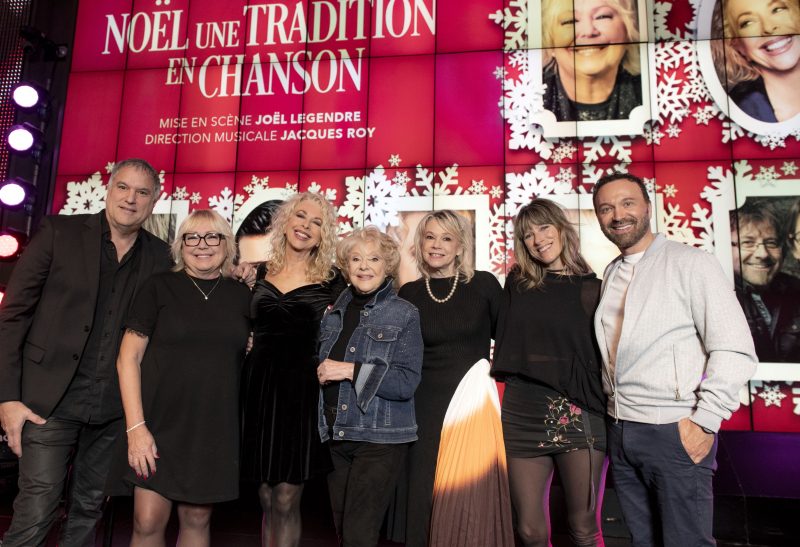 Shirley Théroux may have accumulated more than 60 years in the artistic world, but this is the first time that she will participate in a collective show and a tour this winter. The singer will tour Quebec during the holiday season with the show Noël une tradition en chanson with her colleagues and friends Johanne Blouin, Joe Bocan, Luce Dufault and Martine St-Clair.

“I wanted to do it, because I have seen this show several times, which I really like,” said Shirley Théroux all smiles at the unveiling of this 5th edition of Christmas a tradition in song. All voices are awesome and powerful! It will be the first time that I will go on tour “in gang” and Luce Dufault assured me that we were going to have fun.”

Joël Legendre, the director of the show, intends to take advantage of both the voice and the comic side of the 76-year-old singer, who launched the album Noël en robe de neige three years ago. “Humor is natural for me”, agreed the one who will sing, among other songs, White Christmas , which was his mother's favorite piece.

“This is the first time that I have directed Shirley Théroux, explained Joël Legendre. It's fun to accompany her and see her ask questions like a young beginner (laughs). She brings a lot to the show.”

He said he was inspired by the personalities of all the artists who will take part in this year's show. He points to Joe Bocan in particular, whom he describes as his “always favorite” artist and whose theatrical side he likes, and Johanne Blouin, whom he affectionately nicknames the Queen of Christmas. “I start from everyone's favorite Christmas and I build from the favorites of the artists. It will be all about nostalgia and I think that's just what people need.”

The group of singers will be joined by Vincent Niclo (a French singer who is very successful on the other side de l'Atlantique, which premiered 10 concerts of Céline Dion and who will play the role of solemn tenor in this show) and the Madelinot Suroît group which will take care of the traditional music component.

It must be said that Johanne Blouin knows Christmas music. She was the first Quebec artist to have had the idea of ​​launching a Christmas album in 1990 (Sainte nuit). And we can say that his idea was successful and has come a long way! The singer has also confided to the Journal that she will soon be launching a Christmas box of three CDs called Tous les Noëls. This will include his live hits as well as three new songs, including Christmas All Year Roundwhich she herself wrote and for which she composed the music.

Finally, for Martine St-Clair, this Christmas show allows us to return for a moment to childhood, when the singer ( sixth of a family of eight children) lived the excitement of Christmas with the family and all in music long before December 25.

“It is a real Christmas gift to find myself with these artists, confided the one who wishes to offer her own Christmas album one day. I will sing Marie-Noëlthat Robert Charlebois sang, which is a magnificent text and in which there is magic. It's a bewitching piece.”

The singer will also perform the song Un jour Noël in duet with Vincent Niclo. This is also found on the album of the French singer. In addition, the live and digital album Les reunions de Martine St-Clair will be released this Friday. “There are my successes and a wonderful new song, Totaime, written for me by Lucien Francœur and inspired by one of my paintings (the singer has been doing abstract art for two decades). A tour is scheduled for January.

– For tickets, dates and venues < /strong>Christmas a tradition in song: www.productionsmartinleclerc.com

< strong>– At the Cabaret du Casino de Montréal, on December 6, and at the Salle Albert-Rousseau in Québec, on December 4.