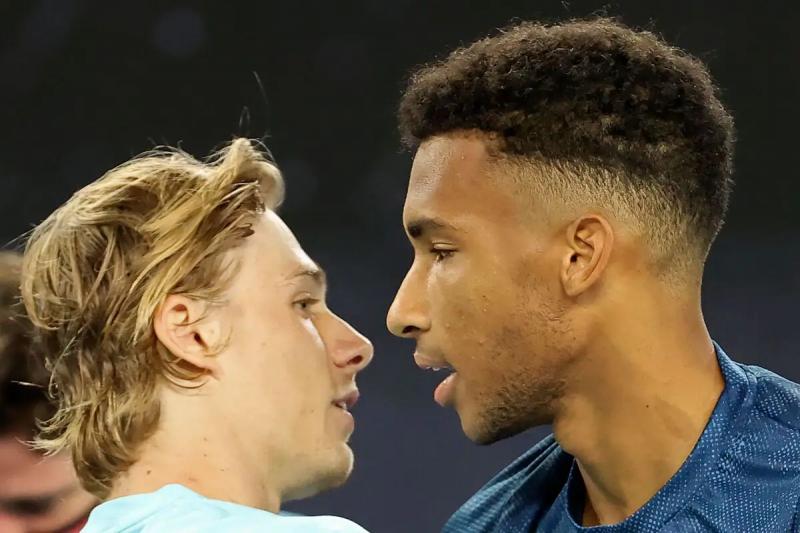 Canadians Félix Auger-Aliassime and Denis Shapovalov will have to quickly wipe the slate clean following their elimination at the National Bank Open, they who will be entitled to a rather abrupt start at the Cincinnati Masters .

The ATP 1000 Series tournament kicks off on Sunday and is expected to feature a nearly identical seeding selection to Montreal.

The Spaniard Rafael Nadal, who skipped the National Bank Open, will however be at the bottom of the table. He will face the winner of the duel between Borna Coric and a player who qualified in the second round.

In this same portion of the table is “FAA”, who are recovering from a crushing defeat against Casper Ruud in the quarters final at Jarry Park. The Quebecer will have to recover quickly since he will cross swords with the Kazakh Alexander Bublik (41st racket in the world) or the Australian Alex de Minaur (21st) in the second round.

Auger-Aliassime could also cross the iron with the Italian Jannik Sinner (12th) in the round of 16.

The task will not be easy either for Denis Shapovalov, who does not serve as the top seed by virtue of his 22nd place in the world. If he manages to oust former world No. 3 Grigor Dimitrov from the start, he might have to repeat that feat against tournament No. 1 seed Daniil Medvedev in the round of 16.

Among the most thrilling first-round duels in the men's draw, the showdown between American Frances Tiafoe, 24th in the world, and Italian Matteo Berretini, 14th, should catch the eye.

Note that due to his vaccination status, the Serbian Novak Djokovic is forced to skip this competition presented in Ohio. He was replaced in the main draw by the Frenchman Benjamin Bonzi.

On the women's side, the legendary Serena Williams – who recently announced that she will be retiring after the U.S. Open – will face none other than Emma Raducanu in the first round in Cincinnati.

< p> The latter, defending champion at Flushing Meadows, however, lives a jinx of the second year on the WTA circuit. In 2022, she has never reached the quarter-finals in 13 tournaments.

The winner of their duel will be expected by Victoria Azarenka or Kaia Kanepi.

Canadian Bianca Andreescu will have to as for her, beat the Italian Camila Giorgi, 29th player in the world, to face the American Jessica Pegula (7th) in the second round.

For her part, Leylah Fernandez will have to be alert from the outset against the Russian Ekaterina Alexandrova (28th). This would allow him to set the table for a potential meeting with ex-world number 1 Naomi Osaka (39th) in the next round. The Montrealer is in the same portion of the table as the Estonian Anna Kontaveit (2nd).