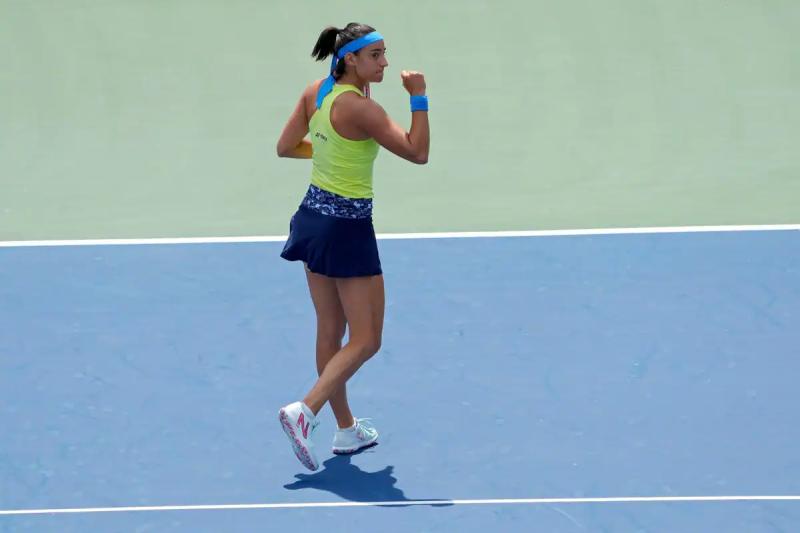 Caroline Garcia (35th in the world), who dismissed Aryna Sabalenka (7th), and Petra Kvitova (28th), Madison Keys faller (24th), will face Sunday in an unprecedented final at the WTA 1000 of Cincinnati, last big rehearsal on hard court before the US Open.

The French, during a match interrupted twice by rain lasting more than four hours in total, ended up having the last word over Belarus 6-2, 4-6, 6-1.

“It feels good! I had a long run in Cincinnati. I'm proud of what I'm doing and I'm happy to be in the final tomorrow, with one more match to play”, welcomed the hot one who became the first player from qualifications to reach a WTA final. 1000.

She will try to win a third tournament in this category, just below the Grand Slams. His first two victories date back to 2017, in Wuhan and Beijing.

It returns this summer to its best level, after years of irregular results. She now has 25 victories since June, thanks to an impressive career that saw her win in June in Bad Homburg and in July in Warsaw, where she had in passing the scalp of the N.1 world Iga Swiatek.

No one is doing better on the circuit today.

His first set was a model of aggression and precision. She lined up 5 aces, 13 winners against 3, and committed only 3 unforced errors against 13 against Belarus, then totally overwhelmed.

After a first interruption of two and a half hours by the rain, Sabalenka, who was aiming for a 12th title at Ohio, made adjustments that paid off in the second set, notably in return, to tie.

The Frenchwoman, who in the meantime had a bandage put on her left forearm, got back on track in the last set, breaking from the start. But the rain came again.

An hour and a half later, Sabalenka accumulated unforced errors, opening a highway to the French final, who could exult, under the eyes of the former champion Martina Navratilova.

The 27-year-old American, so impressive in the 8th to dismiss the Polish world No.1 Iga Swiatek, and in the quarters against the Kazakh Elena Rybakina (25th), winner of Wimbledon, pocketed first the first set in the tie-break.

Kvitova, having become a little more solid on her commitment, excelled in defense in the second set, removed on her third opportunity.

In the stride, the Czech broke at the start of the third set. Then put herself in danger at 4-3 on her serve, a new double fault offering three break points to Keys, without her taking advantage of it, too faulty in return.

Kvitova then finished the job, to play a first final in “Cincy”.