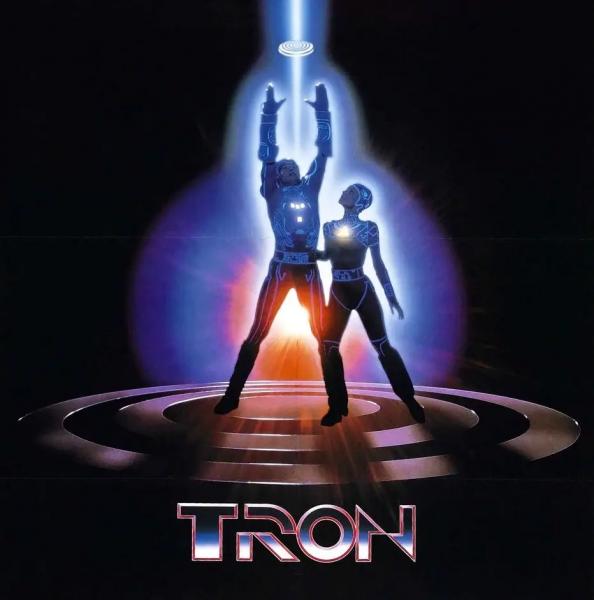 On July 9, 1982, a singular science fiction feature film titled “Tron” was released. The special effects revolution is on…

It all started in 1976 when Steven Lisberger, founder of an animation studio, saw the video game “Pong” (you know, the two white bars on a black screen, a kind of rudimentary tennis). Immediately seduced, he began to think of a way to incorporate this kind of visual into his animated films. With his co-producer, Donald Kushner, Lisberger approaches the studios. MGM and Columbia refuse, but Disney accepts after asking the two partners to present a short demo and grants them a production budget of US$17 million.

Jeff Bridges – who still owns the hat from the movie and has said he wore it at least once a week – is cast as Kevin Flynn, a computer programmer as Bruce Boxleitner becomes Alan Bradley, Flynn's colleague. Peter O'Toole signs on to play the villainous Sark. But, when he arrived on the set, he gave up when he realized that the special effects would be done by computer and was replaced by David Warner.

Indeed, the film set has an unusual aspect to say the least. The sets and costumes – made of styrofoam, the rubbing noise will be removed after filming – are black, white and gray, which the actors find particularly depressing, the colors seen in the film's computer world being added in post-production. And the post production work is intense, each image being painted by hand and then animated… a process that will never be repeated thereafter. The animation also poses some challenges, with Disney Studios teams refusing to work on “Tron.” Why? Because they were afraid that the technology used for visual effects would lead to the disappearance of their jobs.

Steven Lisberger, who from the beginning created the combat scenes with discs since he was anti-gun, uses CGI to create the sets and the “light cycle” courses. The computer he uses is a monster for its time with its 2MB of memory and 330MB of storage on the hard disk… much less than a current telephone. Also, due to the physical limitations of computers, it's impossible to mix live action and CGI, a problem the filmmaker solves by never showing actors and computer-generated effects at the same time.

The whole visual effects process, including the first images of the “light cycles”, caught the eye of a certain John Lasseter, future boss of Pixar. “It made me completely mute,” he would say years later. A small door opened in my brain. I saw these pictures and I thought this was the future!”

But not everyone is not as enthusiastic as Lasseter. First the audience. “Tron”, whose title is shortened from the word “electronics”, garnered US$33 million at the American box office, making it a moderate success. Then comes the time for Oscar nominations. “Tron” garners citations in the Best Costume Design and Best Sound categories. But nothing for the 20 minutes of computer visual effects. Indeed, the Academy judges that the use of a computer is a form of cheating since no one “created” the images in question! Today, “Tron” has become a cult film, the two films have collected US$450 million at the international box office and, a few months ago, Jared Leto indicated that a third feature film was “closer and closer”. more”. To be continued.