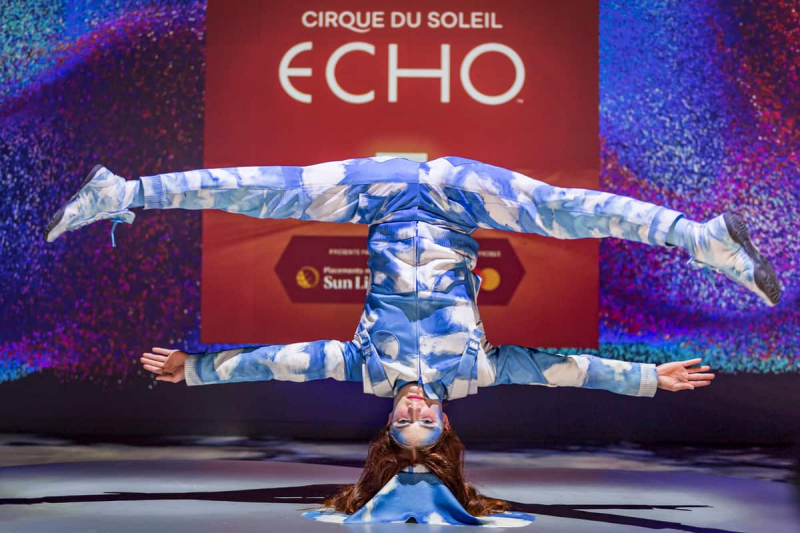 For its 20th creation presented under the Grand Chapiteau of the Old Port of Montreal, Cirque du Soleil intends to mark the occasion with a daring show that will have a visual touch and a very different aesthetic.

Unveiled on Tuesday under the name of “Echo”, the new Cirque du Soleil show, briefly presented to the media at the OASIS immersion space at the Palais des Congrès, takes over from “Sous un sky» which was initially to be presented in the spring of 2020.

Pandemic obliges, the forced break will finally have allowed the creative team to take a step back and review certain numbers, the conductive line and the staging of this show.

“A lot has happened in the last three or four years. The world is different, our way of thinking about the world, of thinking about our connections and our exchanges with others are different compared to what they were pre-pandemic”, underlined in particular the new director Mukhtar Omar Sharif Mukhtar, who is particularly inspired by these movements to review the show.

The narrative framework of “Echo” will remain substantially the same as “Under the same sky”. The story will be lived through the character of Future (Louana Seclet), a curious and playful young woman who discovers the process of evolution – and its positive and negative facets – and the progressive disconnections that sometimes remain with others, nature, animals and the earth. She will be accompanied by her faithful dog.

In all, 48 artists will take to the stage of the Grand Chapiteau erected in the Old Port of Montreal starting next spring.

Tickets for “Echo will be available starting October 17.