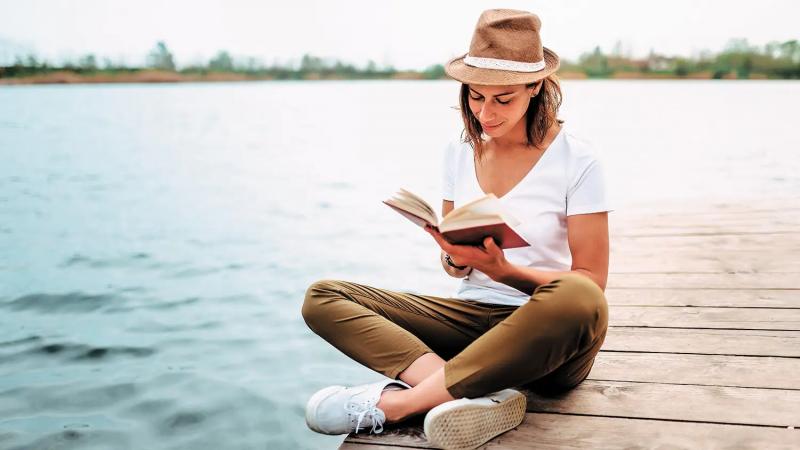 Today hardly anyone remembers Alba de Céspedes. In her time, this Italian writer did a lot for women, whom she wanted to be equal to men.

In Italy, Elles was published in 1949 And since Alba de Céspedes was famous, French-speaking readers could in turn read it seven years later. The problem is that this book – like almost all of the author's work – has been wrongly categorized as “romance novels”.

As the years went by, no one was really interested in it anymore and it would probably have completely sunk into oblivion if Gallimard had not had the idea of ​​resurrecting it in its collection From around the world.

Alessandra, the narrator, did not grow up in a happy home. While she would have liked to become a concert performer, her mother had to content herself with giving piano lessons to children from families much richer than theirs. As for his father, well, it's hard to find more taciturn, harsher and more distant. But the society of the time granting all rights to men, he did as he pleased, and too bad if his beautiful wife suffered.

Getting out of the trap

As she gets older, Alessandra promises herself never to fall into the same kind of trap. To love yes, but not to the point of leaving aspirations, ideals, happiness and personality behind. A resolution that she easily held until 1941, that is until she met the handsome Francesco Minelli in Rome. Because it is only after having accepted to become Mrs. Minelli that she will understand that women still have a long way to go before being respected and leading the life of their dreams.

A landmark novel that deserves to be given a place again.

Listen to the rain fall

Have you ever heard of the small village of Marseillette? Located between Carcassonne and Montpellier, this is where singer-songwriter and novelist Olivia Ruiz grew up. This is also where Carmen will unwind the thread of her memories. In this poetic book, we will discover the life of this woman who had to flee Franco's Spain and who is now trying to recover from the death of her beloved niece, who died in childbirth.

In London, the winter of 1989 was particularly harsh. Not so much because of the cold as the gruesome statues that have started popping up around the city. In Hyde Park, for example, a man freezes to death in the position of Rodin's famous Thinker. Which, for Sergeant Benjamin Chambers, will only be the beginning of a real hell. From the author of Ragdoll, a rather sordid thriller.

There's no need to continue to ostrich any longer: back to school is coming soon, and who says back to school says lunch boxes. Fortunately, we have a new ally. Thanks to this book, which offers a hundred recipes that are as easy as they are quick to make, you can say goodbye to lack of inspiration!

For those who love words, new dictionary entries are always eagerly awaited. So what's new this year? Well, we have, among others, seriephile (lover of TV series), guédille (yes, we are talking about our hot dogs here!), chick lit, poke and ultraprocessed (as in “ultraprocessed food”). And to mark the 170 years of existence of Éditions Larousse, we are also entitled to an anthology of old-fashioned words to discover without fail.

Dea, 11, lives in the middle of the rainforest, a 40-minute walk from the nearest village. There's a reason for that: her family is the poorest in the area and recently, her parents have even started to deprive themselves so that Dea and her two sisters can have enough to eat. The rest of the story is heartbreaking: in order to remedy this, Dea will decide to sneak out of her home. Head to Kotanak, on the island of Sumatra, where she hopes to earn enough money to help her parents.

At the edge of the precipice

Once in town, Dea will quickly learn the hard way that to survive on the streets, you need allies. Also, when the dark Aron offers her to join the band of children he leads, she will almost be forced to accept. That said, she could hardly have had a better time. The only downside? Most of his new friends will soon die. And of course, we'll be the first to want to find out the reasons!

An exotic thriller that candidly describes the reality of a region necrotic by poverty, palm oil production, corruption and religion.