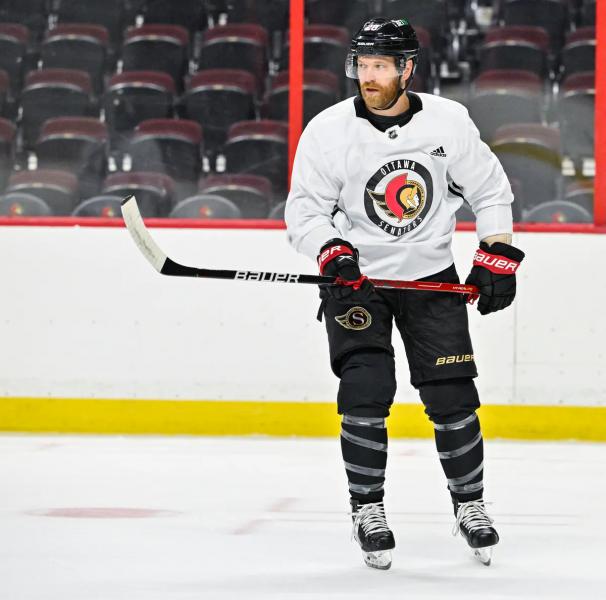 For the first time in his NHL career, Claude Giroux is taking part in a camp other than that of the Philadelphia Flyers. A significant change even for a veteran like him.

“It's a bit strange at first glance,” said the Senators' new No. 28. On the other hand, I had the chance to skate and train with the majority of the players during the last two weeks before the camp.

“For the moment, everything is fine. We work hard and we have fun.”

His adaptation to his new environment is not yet complete.

“It could take a little time. I know the players, but not personally. When we are going to play on the road, it will be important to learn to bond. It's a process.”

Barring an injury or a surprise in camp, Giroux will form a line with Tim Stützle and Alex DeBrincat to start the regular season. The veteran enjoyed his first training sessions with them.

In fact, during simulated games, they scored from their first appearance on the ice. A tic-tac-toe game completed by Giroux.

“Alex knows what he is doing on the ice while Tim likes to control the pace of the game, analyzed Giroux. He likes to have the puck and beat players 1 on 1. We are all different players and that's why we can be a dangerous trio.

“When you play with new players , you want the chemistry to work as fast as possible. I think we're headed in the right direction.”

With their speed and execution, they have a good chance of wreaking havoc. With their production, they could also take the pressure off Brady Tkachuk's trio, which will be closely watched by opposing teams.