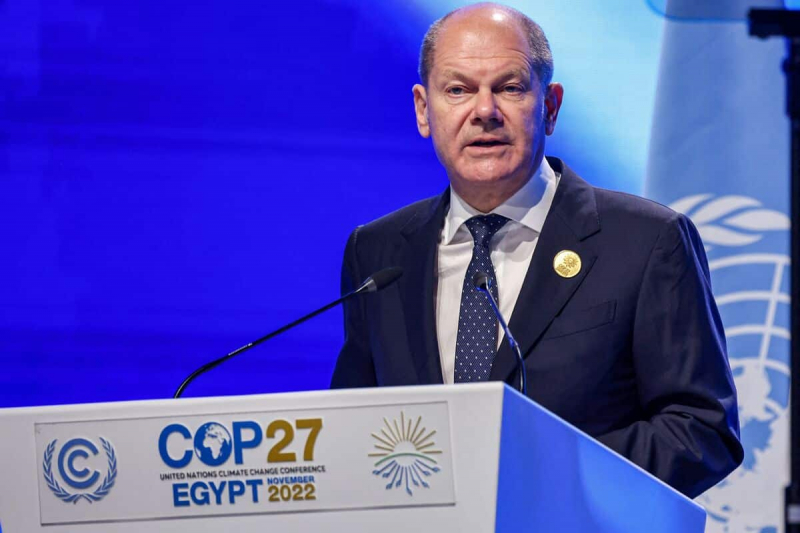 “There must not be any have a global fossil fuel renaissance. And for Germany, I say: there won't be any either”, assured during the climate summit in Sharm el-Sheikh Mr. Scholz, whose country is one of the main European emitters of gas at greenhouse effect.

“For us, it is clearer than ever that the future belongs to wind energy, solar and green hydrogen”, added the Chancellor.

The Russian invasion of Ukraine and its repercussions on German energy supplies have led Berlin to temporarily reopen coal-fired power plants.

But this, Scholz assured, is only a a “short period”.

“We are determined to get out of coal”, assured the Social Democratic Chancellor, at the head of a coalition formed with the Greens and the Liberals.

The German government has decided to extend the activity of several coal-fired power plants until spring 2024, but the objective of abandoning this energy by 2030 remains valid.

For Mr. Scholz, the transition to renewable energy “is not only a climate, economic and environmental imperative”, but also “a security imperative” illustrated by Germany's dependence on Russian energy.

< p>“All this makes the central task of our time even more urgent, namely to limit global warming to 1.5 degrees”, argued the German leader, who is aiming “by 2045” for carbon neutrality of his country.

< p>“We are ready to provide them with even greater support,” he assured, promising that Germany would increase its contribution to the fight against global warming in 2025 to 6 billion euros per year. year, compared to 5.3 billion in 2021.

“We will support the countries hardest hit by climate change to cope with loss and damage,” he also announced, pleading for the establishment of a “global shield against climate risks” that Germany would contribute up to 170 million euros.