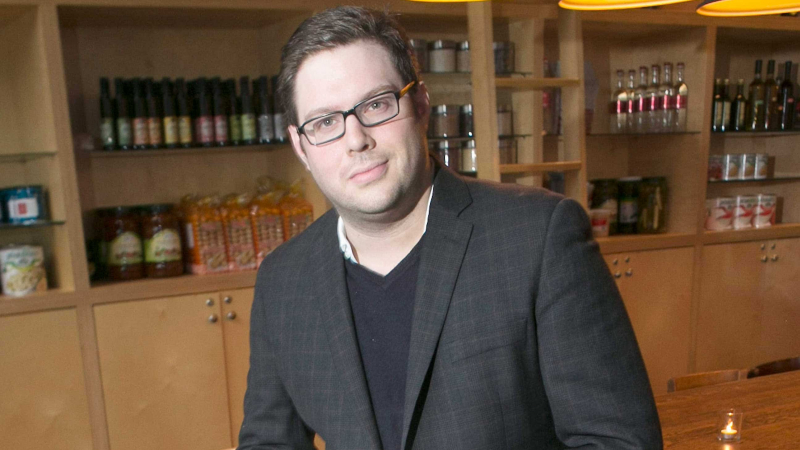 If I told you that a TV host attacked a foreigner by dismissively treating him as an immigrant who “has no business here”, which this host imitated way the accent of the foreigner in question, and that he conveyed about him the most hackneyed clichés, you would be shocked. You might even cry xenophobia and intolerance.

Well, that's exactly what happened in France this week.

But it wasn't some naughty right-wing animator who attacked a “racialized” migrant.

On the contrary, it is a left-wing leader who attacked a white man.

And this white man is Mathieu Bock-Côté.

I fell out of my chair when I watched the segment of the Daily show hosted by Yann Barthès on TF1. This program which “deciphers the news” is the French equivalent of Infoman.

Except that this host, who prides himself on being anti-racist, made remarks about my friend Mathieu (“Close your tabernacle!”) that would have made people scream if they had targeted a person from a minority.

Barthès introduced Mathieu as “the Quebec immigrant, the boyfriend from Montreal, who doesn't give a damn here, the boyfriend from Tchicoutimi, who gets mad at France. The immigrant who puts France in the washing machine while chatting, the one who blows a tick on the business that does not concern him ”.

Do you think that the Anglos of the ROC sometimes show Quebec bashing? Barthes could give them a master class. His little video montage, where he imitates the Quebec accent very badly while rolling the Rs, scrolls through images of lumberjacks, Celine Dion, whales, poutine, moose, mounted police and snowplows to the sound of a little folk music.

Imagine a host who would have made a video about a black American by scrolling through images of fried chicken, basketball, Michael Jackson and bayou…

“They really don't want it back on Radio- Canada? says Yann Barthès angrily… who obviously is not aware that not only has Mathieu never worked there, but that he is not welcome there.

But when Barthès concludes by throwing to Mathieu ” Close your tabernacle! is the icing on the sundae!

Do you think for a moment that Barthès would have allowed himself to say to a transgender woman: “Shut the fuck up! ?

That he imitated an Asian accent while ridiculing it?

That he encouraged a North African columnist to return to work for Radio-Algeria?

That he would have said about a Ukrainian: “You have nothing to fuck here”?

That he would have said to a Congolese columnist analyzing France “You talk about business that don't concern you”?

Barthès attacks Mathieu for one reason and one reason only: Mathieu is on the right… so all shots are allowed.

This nauseating left stinks in my face. Because, make no mistake, the Quebec left is doing exactly like Barthès.

It advocates tolerance, diversity, benevolence and denounces hate speech, intimidation… but shows itself intolerant, malevolent, hateful and intimidating when the object of her resentment does not think like her.

Lesson givers behave the same on both sides of the Atlantic. < /p>

In Paris as in Montreal, we allow ourselves to spit on the Other when the Other is on the right.