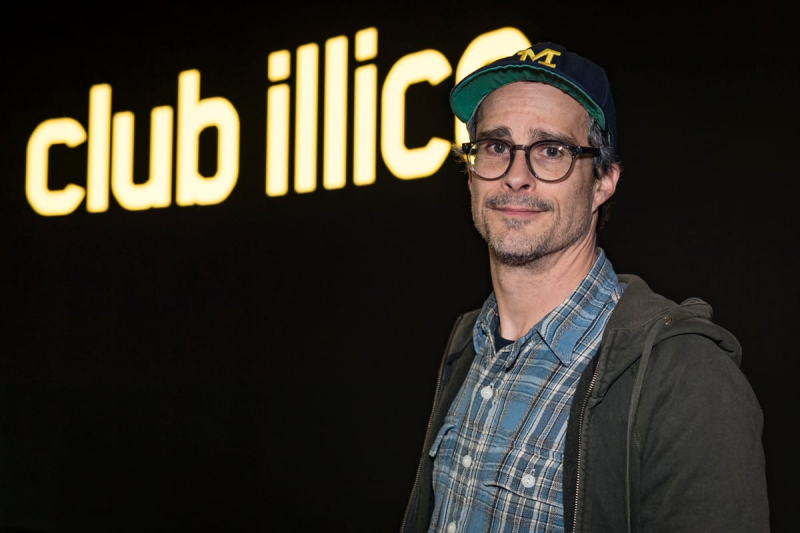 Patrick Hivon is at the top of his game in the series “The Night Laurier Gaudreault Woke Up”.

The 47-year-old actor abandoned himself with confidence on the set of Xavier Dolan and he returned home “exhausted” at the end of each day of filming, so embodied was his interpretation of the tormented Julien Larouche and his score was intense to defend. .

Julien has been sober for 12 years and he is trying to go back to school, but there is a dull anger, buried in him, which is ready to burst out as soon as he sees his sister Mireille (Julie Le Breton), two decades after the latter's departure from Val-des-Chutes, the fictional town where the Larouches and the Gaudreaults live, their neighbors across the street.

“It's hard, it's dark, Julien is all alone in his business. Want, don't want, it plays in your head a little. I gave massively, it was very demanding as a shoot and the adrenaline was in the carpet,” he said in an interview with QMI Agency.

“The best thing that happened to me in that was just wanting to survive. Because I trusted Xavier completely, I forgot about my ego. Xavier has gas. I thought I was intense, but he is even more and always in kindness, because there is so much love in his work”, said Patrick Hivon, for whom acting requires “removing the most of filters” between the actor and the viewer.

Patrick Hivon was particularly inspired by the words and directives of Dolan, of which he emphasizes the ingenuity and attention to detail. “Xavier’s situations and writing were clear. In that time, you don't have so many things to invent or to seek out in your imagination. What was most difficult, perhaps, was to maintain this tension for six months.

Speaking of tension, we immediately think of the scene of the confrontation between Julien and his sister Mireille (Julie Le Breton) in the toilets of the funeral home, in the fourth episode. There is such violence, both physical and psychological, in those few minutes. The scene was captured on the very first day of filming, as it started off with a bang. We also see Patrick Hivon in a nudity scene, the result of which surprised him himself. “I didn't think we would see it the same way! It's so raw that at the same time I don't think it's voyeuristic.”

Patrick Hivon was also carried by his comrades, including Éric Bruneau, Julie Le Breton and Magalie Lépine-Blondeau who , like him, take up their character from the eponymous play by Michel Marc Bouchard which they presented at the TNM in 2019.

Twenty-two years after graduating from the National Theater School of Canada, Patrick Hivon feels like he's given his all by playing Julien Larouche, who made choices with serious repercussions 28 years earlier.

To play so physically and with such impetuosity, the actor has drawn on the toolbox that has patiently built up over the years. “It’s the accumulation of everything I learned, in all kinds of projects. That's what's beautiful about experience and the long term.”

A wave of love

Since the five episodes were uploaded to Club illico last week, Patrick Hivon is getting a lot of love. “It really touches me, but what I am most proud of is to have lent myself to this project and to have gone there with all my heart. To have the feeling that we gave until the end. I am also proud for Xavier”. He now hopes that the series will conquer not only Quebecers, but the whole world.

Produced by Xavier Dolan and Nancy Grant, in collaboration with Quebecor Content and Canal+, the series “The night where Laurier Gaudreault s' is awake” is available on Club illico.