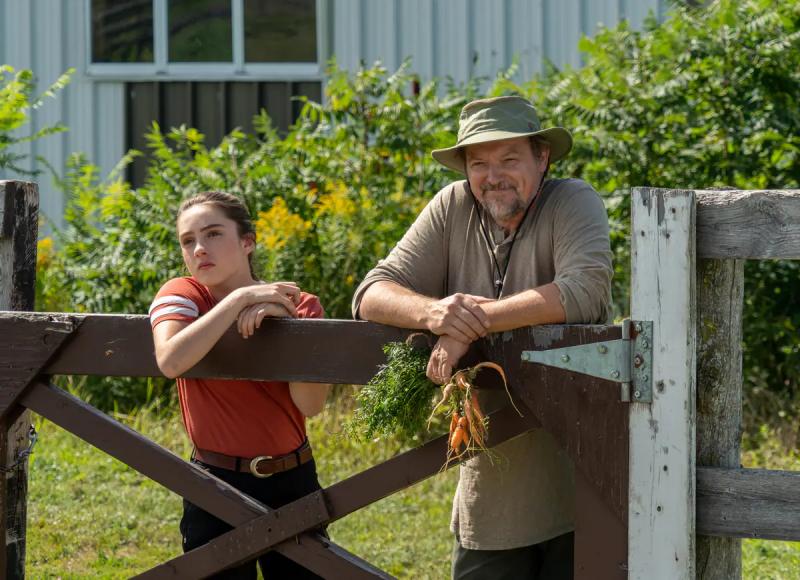 The youth series “The Riders”, featuring a gang of teens who have to deal with the pressure of competition at a age when we are in full construction, arrives this Thursday on Club illico. On the menu: friendship, courage and first love, all set against a backdrop of rivalry between two young women in a riding camp.

A gesture made by one of the two girls to the detriment of the horse of the other, in the first episode, will have serious consequences.

The series written by Stéphanie Lapointe – for whom this is the first foray on the small screen as a screenwriter –, Marie-Philippe Châtillon and Julie Roy was filmed last summer at the Center équestre Mont Rouge, in Saint-Jean-Baptiste, in Montérégie . So we are far from high school and it feels good.

Produced by Trio Orange, in collaboration with Unis TV and Club illico, “Les cavaliers” has 13 episodes. The Unis TV channel broadcast them this spring and it is now Club illico's turn to offer them to its subscribers.

We follow 14-year-old Charlie (Rosalie Pépin), who, after a bad fall , is eager to get back on her horse Orion for a competition. However, the animal remains nervous, two weeks after almost being run over by a vehicle.

“You want to become a champion, but why? If you are not able to answer this question, you have things to settle with yourself. That's kind of the question of the series,” said Stéphanie Lapointe, in an interview with the QMI agency, she who measures the importance of knowing your motivations before diving into a project.

Charlie, who has two fathers (Mustapha Aramis and Alexis Lefebvre), is very close to her friend Simone (Sandrine Carneiro) and she has a crush on Sam (Léokim Beaumier-Lépine). Once again, her rival Ana (Isabella Villalba) seems to want to play to her toes, at least in the first two episodes seen by the QMI Agency.

In the third episode, we discover a new trainer, Robin (Vincent Graton), a great sage who will act as a mentor to the riders by pushing them to surpass themselves. They will learn thanks to him and to Marie (Caroline Dhavernas), former equestrian competitor and owner of the camp, to know themselves better and to define their limits.

Moreover, according to producer Frédérique St-Pierre of Trio Orange, both Caroline Dhavernas and Vincent Graton, who have been in the business for several decades, wanted to “move on to the next” by taking young actors on the set.

For Stéphane Lapointe, who won “Star Académie” in 2004 and who starred in the series “Le negotiator”, writing a TV fiction adds another string to his bow. Her career as a singer-songwriter has been put on hold and she has devoted herself for several years as a children's author.

She is also in the process of adapting her series of children's literature “Fanny Cloutier” for the cinema – she has completed the screenplay and has just submitted it for a second time to the institutions – and it is Yan England who must direct the young actors.

In addition, she is also working on other TV projects, this time for an adult audience. She also wants the return of the “Cavaliers” for a second season, she who is in the middle of writing, although Unis TV and Club illico have not yet confirmed immediately.