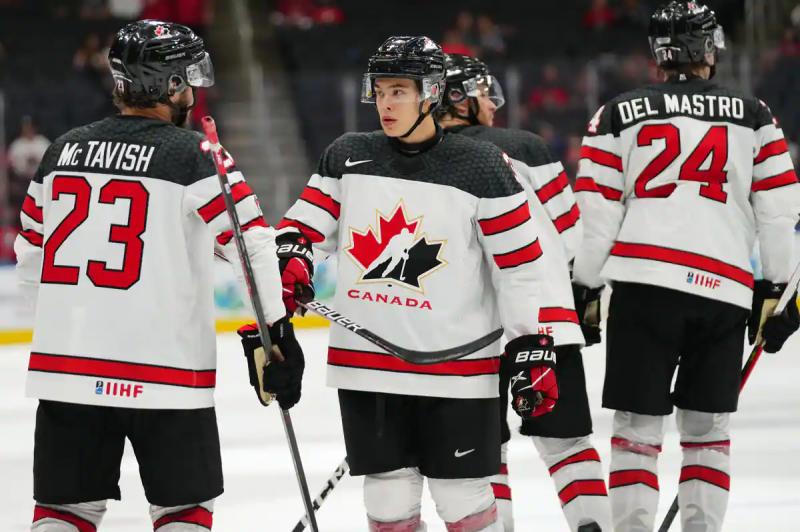 In front of its first real test of the World Junior Hockey Championship, Saturday in Edmonton, Team Canada Junior responded surprisingly well, defeating the Czech Republic quite easily 5 to 1.

The Canadians had however started the match in a rather shaky way, allowing their rivals to open the scoring, through Martin Rysavy. It was, however, the only moment of celebration for the Czechs, who even retired to the locker room, after 20 minutes, with a deficit of 2 to 1.

More than 10 minutes after Rysavy's success, Mason McTavish created equality. Then a minute before the end of the engagement, Kent Johnson took the lead with a magnificent maneuver, he who managed a “Michigan”.

McTavish, with his second of the duel , along with Ridly Greig and Tyson Foerster, scored the other goals for the winners, while goaltender Dylan Garand stopped 22 of 23 shots he faced.

By virtue of three wins in as many games, Canada sits at the top of Group A. However, they will have to be wary of Finland, opponents of their last meeting of the preliminary phase, on Monday, if they do not want to be snatched from their position.