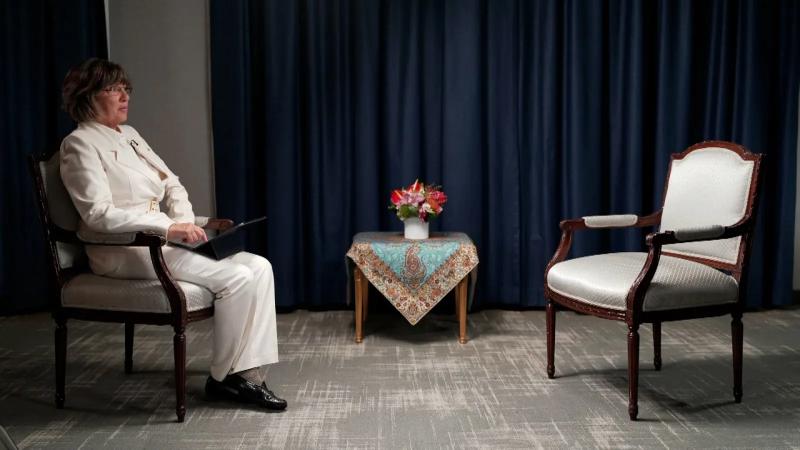 CNN star journalist Christiane Amanpour said on Thursday that she refused to wear a veil for an interview the day before in New York with Iranian President Ebrahim Raisi, which she said caused the cancellation of the face-to-face meeting in the midst of protests. in the country.

According to the tweets of the head of the international antenna of CNN, an adviser to the Iranian president came to see her “40 minutes after the hour at which the The interview should have started”, to tell her that Ebrahim Raïsi “suggested” that she wear a veil, “because these are the holy months of Muharram and Safar”.

And so we walked away. The interview didn't happen. As protests continue in Iran and people are being killed, it would have been an important moment to speak with President Raisi. 7/7 pic.twitter.com/kMFyQY99Zh

“I politely declined. We are in New York, where there is no law or tradition regarding the wearing of headscarves. I pointed out that no previous Iranian president had demanded it when I interviewed him outside of Iran,” the British-born journalist to an Iranian father explained.

< p>According to this international CNN figure, the adviser explained to him that under these conditions the interview, which was to take place on the sidelines of the United Nations General Assembly, would not take place.

< p>“So we gave up. The interview did not take place. As protests continue in Iran and people are killed, it would have been important to speak with President Raisi,” concluded Christiane Amanpour, who posted a photo of herself in front of an empty chair.

Protests, in which at least 17 people have died according to state media reports, have erupted in Iran since authorities announced the death of 22-year-old Mahsa Amini on September 16. She had been arrested for “wearing inappropriate clothing” by the vice police, responsible for enforcing the strict dress code in the Islamic Republic.