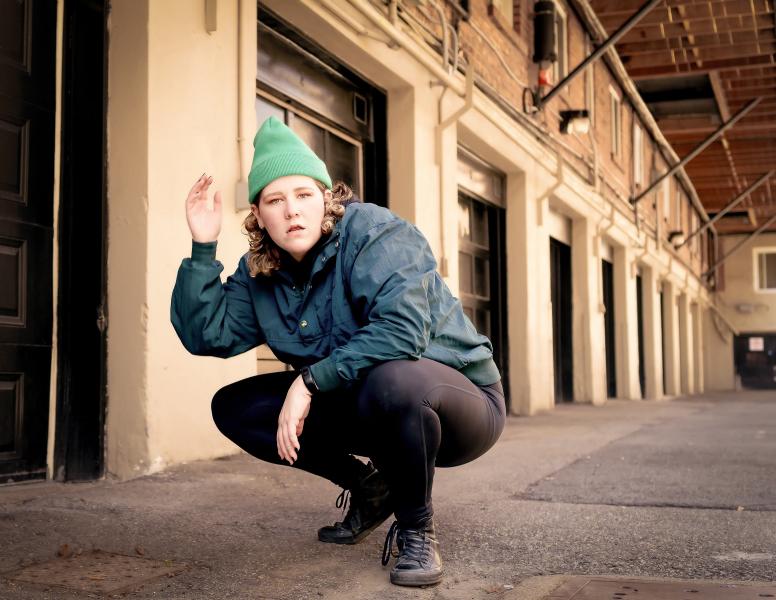 Present for several years in the world of humor, New Brunswicker Coco Belliveau has just added a new string to her bow. With the mini-album Succès souvenirs 1991, the comedian shares his love for… rap! The Journal spoke to her.

At the start of the pandemic, Coco Belliveau shared on her Instagram some excerpts of her improvising pieces of rap music. This caught the attention of rapper Calamine, who invited her to collaborate on the song Pas le temps de scroll down.

The comedian had also met virtually from the director Kèthe Magané. The latter would then send Coco Belliveau some beats of his own to which the singer added lyrics. So here she comes with a mini-album of five tracks, Success memories 1991. As his title suggests, the comedian was directly inspired by TV commercials from the 1990s.

“When I was young, I listened to YTV [a Canadian youth television channel] and there were cheesy English pubs. I always had tunes in my head!” Born in December 1991, Coco Belliveau experienced the decade of the 1990s late, around the age of 11 or 12.

“In time , it was said that in New Brunswick, we were a little 10 years late [laughs]!”

Because she had two older sisters, the young Coco rarely had the choice of music she wanted to listen to.

“I listened to what my sisters or my parents listened to. It was not me who decided.

The discovery of rap

When she went to university, she “found” rap. It was love at first sight. It was his style of music. Which rappers influenced him for his first E.P.? She soon named Qveen Herby, D-Track, Alaclair Ensemble and, of course, Calamine.

In the coming years, Coco Belliveau would like to combine her two passions: humor and music.

“My ultimate goal would be to combine the two on stage, says the one who made a few songs during her visit to Dr. Mobilo Aquafest. I love both. But I haven't found the exact degree yet. Because the tunes are still much less funny than the stand-up, even if they are not serious either. My heart is always looking for the joke.”

Speaking of humour, Coco Belliveau will perform her show Toxique this month in Montreal and Quebec.

“ The concept of the show is simple. I have been consulting for years. And every time I make my shrink laugh, I write down exactly what I said. And I built a show with those things. It's about mental health, but it's light enough for people to laugh with me.”

►Coco Belliveau's mini-album, < em>Success memories 1991, is available. The comedian will also present his solo show Toxique on August 16, at the Bordel Comédie Club de Montréal, and on August 24, at ComediHa! Fest-Quebec.