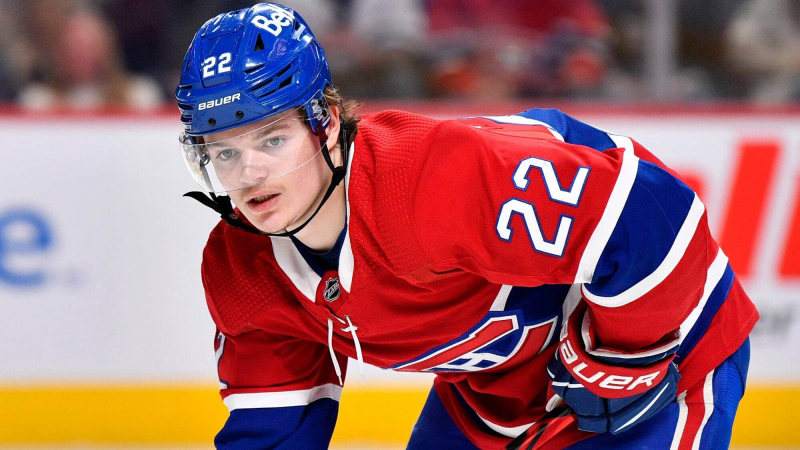 Here we go! The official selection camp of the Canadian is now in motion. The players will report to Martin St-Louis for the first time on Thursday morning after undergoing a series of medical examinations and physical tests on Wednesday.

This campaign, which should once again be under the sign of reconstruction, will take on a particular character for certain players whose contract will expire on July 1.

This is the case of Cole Caufield, whose file will be a priority, assured Kent Hughes, in an interview with Le Journal. However, there is no question of rushing things.

“I have no preference to sign him immediately or at the end of the season. I don't want it to be a distraction for him,” the general manager said.

Caufield, whose future seems bright, will he be entitled to the same treatment as Nick Suzuki? Under the former administration, the new CH captain had secured his future for the next eight seasons. Or will we prefer to have him sign a bridge contract for a few seasons?

“It depends on the figures, the expectations and the direction the market will take”, mentioned the DG.

Forward Cole Caufield in action during physical tests on the first day of the Canadiens' training camp, Wednesday, at the Brossard sports complex.

When the time comes to make such a decision, the attitude of the player sometimes comes into play. In the fall of 2014, Brendan Gallagher was granted a six-year contract, while a few months later, Alex Galchenyuk, whose statistics and experience were similar, had to settle for a two-year contract.

“It's true that it matters, but on the athlete's side as well. As an agent, I always looked at the character of a player. If a player was nervous or overthinking, I tried to get a long-term contract, Hughes explained. I thought it would calm him down and help him play better. Others are so confident in their means that we tell ourselves that they will continue to improve and that they will be worth more in the future. »

It will be interesting to see what future the Habs have in store for Jake Allen. The general manager of the Canadian has confirmed that he is in discussion with the goalkeeper's advisers to get him to sign a new agreement. changed the team's plans.

“We had offers as the trade deadline approached, at the draft and when Vegas learned that Robin Lehner would miss the season, but we were not ready to start the season with Sam [Samuel Montembeault] and Cayden [Primeau] as gatekeepers,” Hughes said.

But it's not just that.

“When you look at transactions involving gatekeepers, it's rare that they are traded for first-round picks. Even Marc-André Fleury, both times, it didn't involve a first-round pick.

Hughes says talks with other teams never got far enough for him to make a decision , but we understand he would have demanded a first-round pick for Allen. Which is perhaps a bit greedy.

“We will continue to see if there are ways to improve the team, whether as goalkeeper, defender or striker,” continued Hughes.

And don’t be surprised if the Canadiens general manager adds choices to his long list of speaking rights.

“We will still have two choices from the first round to the next draft. We have 11 in all. I hope we will have more when we get there. »