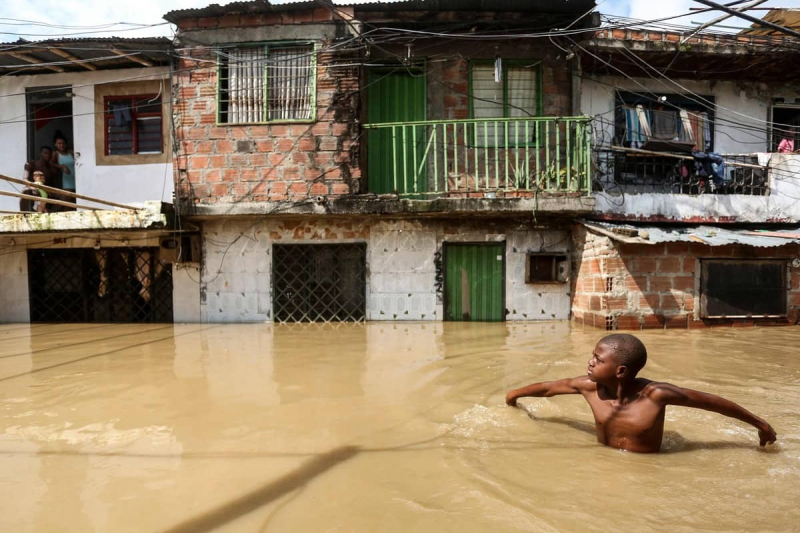 At least 271 people have died since early November in Colombia due to the rainy season, the heaviest in four decades and which could last until March, according to an official report released Thursday.

Rainfall has increased over the past three weeks, affecting 745,000 people in the country's 32 departments, according to the National Disaster Risk Management Unit (UNGRD).

The rains are associated with the cyclic phenomenon of La Niña, which leads to a cooling of the Pacific Ocean. Global warming could also increase the phenomenon and make it more deadly, according to scientists.

The local press has been wondering for days about this particularly rainy winter: “A winter overflowing”, headlined the daily El Espectador on Thursday, pointing to global warming, while other media highlight deforestation which increases the impact of floods.

In addition to the 271 deaths recorded, including two this past weekend in Bogotá, 348 people were injured, 6,755 houses were destroyed, as well as hundreds of roads, bridges and drains.

The Colombia's winter season normally lasts until December, but there is a “probability of more than 58%” that it will extend into February and March, UNGRD director Javier Pava warned in a conference release.

President Gustavo Petro's government declared a state of “national catastrophe” earlier this month to mobilize more public resources to deal with the emergency.

As part of this measure, it will provide subsidies to single mothers and hopes to guarantee food for the affected families.

The rains have also ruined crops, which could lead to a further rise in food prices, warned the UNGRD.

This, while Colombia is confr surged by the highest inflation in two decades (11.4% per year) and an unprecedented devaluation of its currency, the Colombian peso, against the dollar.