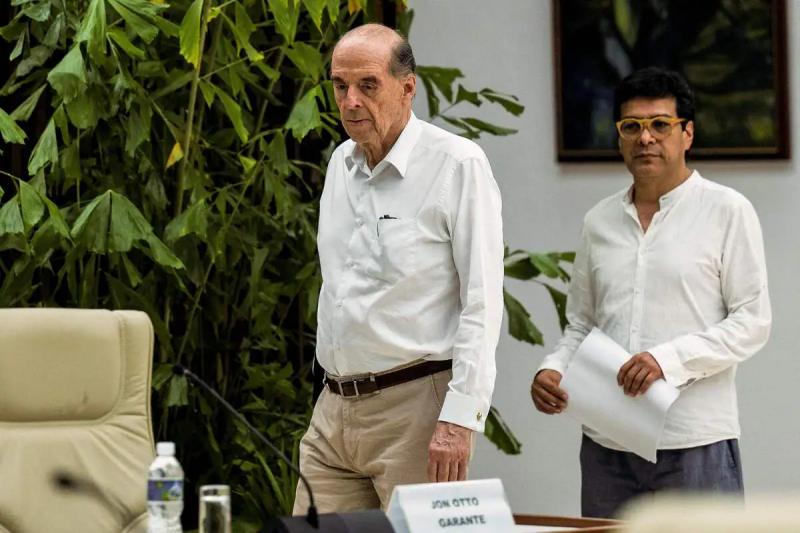 Colombia's High Commissioner for Peace, Danilo Rueda, met in the south of the country with delegates from the most powerful dissident group of the Revolutionary Armed Forces of Colombia (FARC) to explore the possibility of negotiations, according to a statement released on Saturday. .

“In the department of Caquetá […] we held an exploratory and rapprochement meeting to assess the possibility of starting talks within the framework of a peace total”, indicates the undated text.

Danilo Rueda and four insurgency delegates, identified as Calarcá Córdoba, Alonso 45, Ermes Tovar and Erika Castro, sign the message, which was published in the Colombian press with a photo of the Commissioner and four uniformed men seated in a stable.

According to the Cambio news site, the meeting took place on the same Saturday and the rebels belong to a splinter faction of the FARC which marginalized itself from the 2016 peace pact, known as the Premier Front or Bloc du Sud- East.

“Both parties express the will and the need for these dialogues to be framed by a bilateral ceasefire, the implementation of which must be verified,” the government and rebels said.

They also agreed on “a confidential protocol to ensure a meeting” of the guerrilla commanders.

In August, the left came to power for the first time in Colombia, led by Gustavo Petro, who proposes a policy of “total peace” to end the internal conflict that has lasted for almost six decades.

Mr. Rueda had announced earlier this week that former FARC number two, Ivan Marquez, leader of another breakaway faction known as 'Segunda Marquetalia', wanted to participate in the new talks.

The proposal envisages a “multilateral” ceasefire with the various groups that broke the pact that allowed some 7,000 FARC combatants to reintegrate into civilian life.

Other organizations, such as the National Liberation Army (ELN) guerrillas and the Clan del Golfo, a powerful group of drug traffickers, have heard Mr. Petro's plea, but have yet to reach an agreement to end the escalating violence in Colombia.&nbsp ;