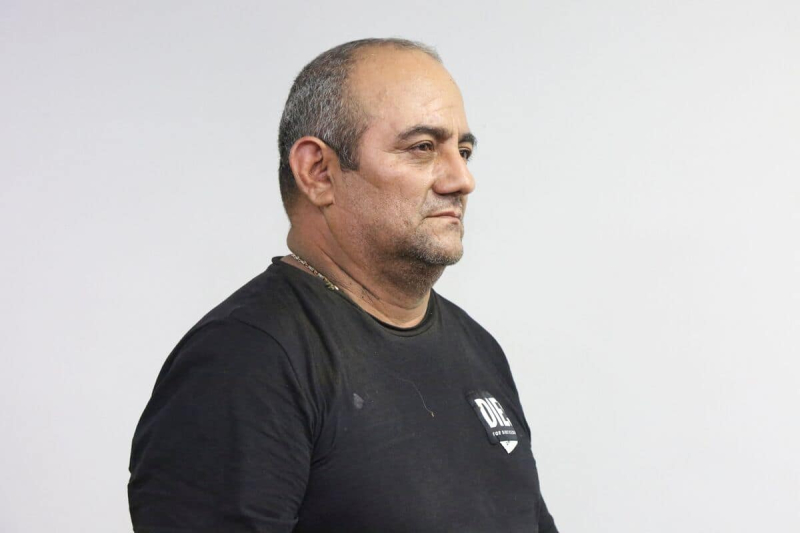 The leader of the Colombian gang Clan del Golfo, “Otoniel”, extradited to the United States in May 2022, pleaded guilty on Wednesday to international cocaine trafficking in court in New York, where he faces prison for life.

At the end of the hearing in Brooklyn federal court, Dairo Antonio Usuga, aka Otoniel, 51, who was wearing a blue short-sleeved prisoner's shirt , read a statement in which he admitted to smuggling more than 96 tons of cocaine into the United States via Central America and Mexico.

After acknowledging that as part of “military work, murders were committed” by his organization, which may have numbered up to 6,000 men, he also claimed that the clan “provided security for the laboratories and drug traffickers and levied taxes” for cocaine transiting through territories under their control.

“When convicted, Usuga David will face a mandatory minimum sentence of 20 years in prison and up to life in prison. As part of the plea bargain, he also accepted a $216 million forfeiture judgment,” Brooklyn federal prosecutor Breon Peace announced.

Otoniel, who had reigned since 2012 as head of the organization, formed by remnants of far-right paramilitary groups, pleaded guilty to running a continuing criminal enterprise, conspiracy to manufacture and distribute cocaine, as well as of maritime conspiracy to traffic drugs, a charge contained in proceedings in federal court in Florida.

His extradition in May 2022, seven months after his arrest in Colombia, was followed by a bloody campaign of assassinations against police officers in his country. But after the election as head of Colombia of leftist President Gustavo Petro, in favor of negotiations with several armed groups, Otoniel had asked his gang in August 2022 to put an end to this wave of murders.

< p>According to the DEA, the United States Drug Enforcement Agency, the Gulf Cartel collaborated with the Mexican Sinaloa and Jalisco New Generation Cartels to smuggle drugs into the United States.

According to the agency, 90% of drugs entering the US market come from Colombia and are often laced with fentanyl, a powerful and deadly substance added by Mexican cartels.