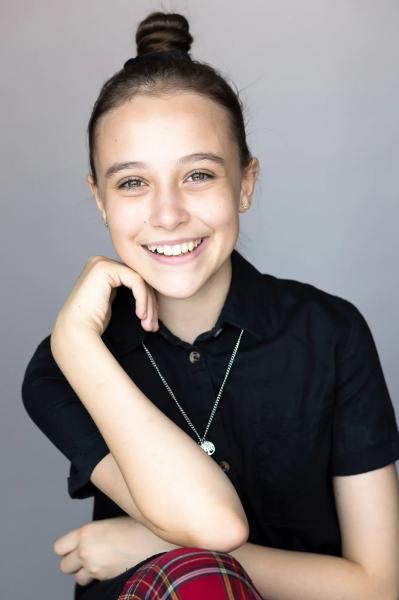 At age 14, Élia St-Pierre was given the opportunity to relive her transition from elementary school to high school on the set of Comme des têtes pas de poule, a daily comedy imagined by Pierre-Yves Bernard (In a galaxy near you ) for Télé-Québec.

“What I like is that I relive my entry into secondary school in a different way with Flavie. She experiences a lot of stress and worry, which was not my case”, confides the young actress.

However, this is the personality of the young Flavie, 12 years old and member of the Babin-Bibeau family, who especially pleased Élia St-Pierre.

“Young people can identify with her because she has great values ​​and great qualities. Just like me, she has a great sensitivity, she always wants to help people and causes close to her heart. She has a beautiful energy, a joie de vivre and a spontaneity which are positive in a youth program. »

For the biggest role of her career on television, the teenager reconnected with David Savard who, while as in the drama series Ruptures, plays his father. She also met Mélanie Pilon who gives life to her mother.

The actress had no trouble integrating this family whose daily life is stuck to real life and which, she assures, was written to resonate not only with children, but also with parents.

“It reaches a wider audience than just the youth. Even parents could listen to this show with their children. It's realistic, there's nothing wrong. These are all situations that someone could experience. It talks about current themes such as the environment, computer hacking, the process of gender transition…”

This truth, Élia St-Pierre finds it striking when she compares the fiction we present today to that of the very recent past.

“When I watch shows that are several years old, I really see the differences. I find that becoming more and more true. The characters have characteristics that resemble us. They are children playing children, unlike before… There are a lot of changes. I find that really interesting. »

The one who lends her voice to Bébéatrice in the production of the same name believes in the strength of youth programs that we never stop to create.

According to her, they help children to learn, develop their critical thinking, awaken their benevolence and allow them to forge family and friendly ties. The beautiful values ​​they contain, like Comme des têtes pas de poule, are very close to his heart.

According to Élia St-Pierre, youth TV in here is “not dull to watch”. If it is not always educational, it is nonetheless instructive in its own way, offering a different learning from that which is taught in school. And that is to his credit.

► Viewers will be able to discover the world of Comme des têtes pas de poule starting September 5 at 6:30 p.m., on Télé-Québec.