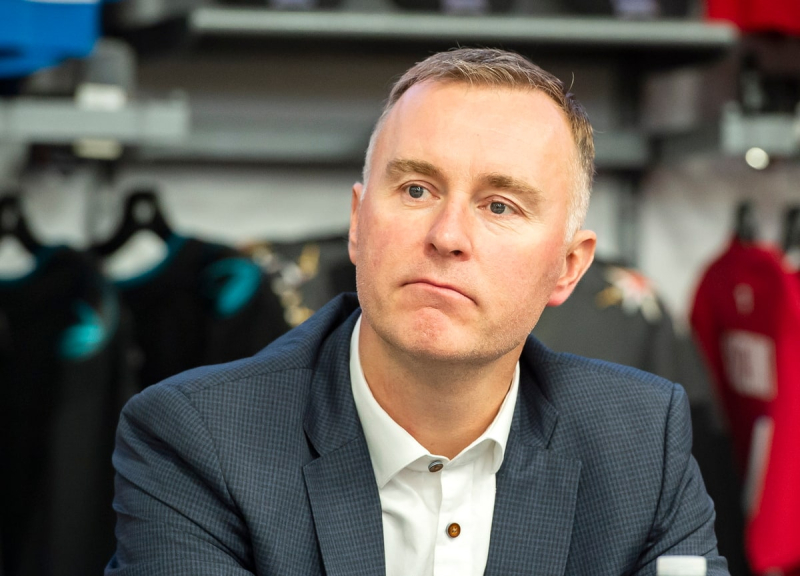 One of the candidates most often mentioned to succeed Gilles Courteau as commissioner of the QMJHL, the current general manager of Hockey Quebec Jocelyn Thibault does not close the door. An important reflection is necessary, however, before officially submitting his candidacy.

The QMJHL launched its recruitment campaign on Tuesday by making public the offer of job. In the morning, Thibault had not yet had time to consult it, he who participated in the press conference revealing the main lines of the next Tournoi international de hockey pee-wee de Québec.

“To be honest, I'm not closed to the idea. Do I feel like, right now, going head first into the process? The answer is: I don't know. I was taken by surprise by Mr. Courteau's announcement and so I didn't have time to go very deeply into my thinking, but I'm not closing the door.”

Behind the scenes, many hope that Thibault will submit his candidacy. Publicly, even, his name is among the most popular.

“My name came out pretty quickly,” he admitted with a laugh. I expected Mr. Courteau not to stay another 20 years but it happened very quickly. I'm not closing the door, but I'm not there,” he repeated.

Happy in his job

In office since 2021 at the head of Hockey Quebec, Thibault ensures that he always feels good in his mandate. He recognizes, however, that the various incidents that occur across the province, such as this U15 category coach who rushed at an opposing player in a U15 game played in a Beaupré arena on December 18, are part of his big challenges.

“I have fun in what I do. On the other hand, certain unfortunate incidents that we experience in Quebec are what get me the most juice, as a good Quebecer. This is what I find difficult, in my role, to have to deal with, to see pass or to have to insert myself in certain files of the genre. I find it really difficult. For the rest, what motivates me is to have the chance to have an impact on hockey in Quebec. We will never strike for 1000 but to be able to humbly move things forward, that stimulates me a lot.”

These “incidents unfortunate”, to which the boss of Quebec hockey refers, have they been increasing for a few years? A difficult question, if not impossible to answer, for the moment, he underlines.

“It is not easy to measure. We ask ourselves the question every day. Does it feel like there's more because it's being talked about more? I do not know. I dare to think that there are fewer but each event like that [that of Beaupré] is one too many. […] We hope that this case will be accompanied by an exemplary sentence, as everywhere in Quebec,” he said, adding that the pandemic could have been an aggravating factor.

“This is nothing scientific but the vast majority of people who have been in hockey for a long time tell us that it is worse. We feel people a little more on edge.”