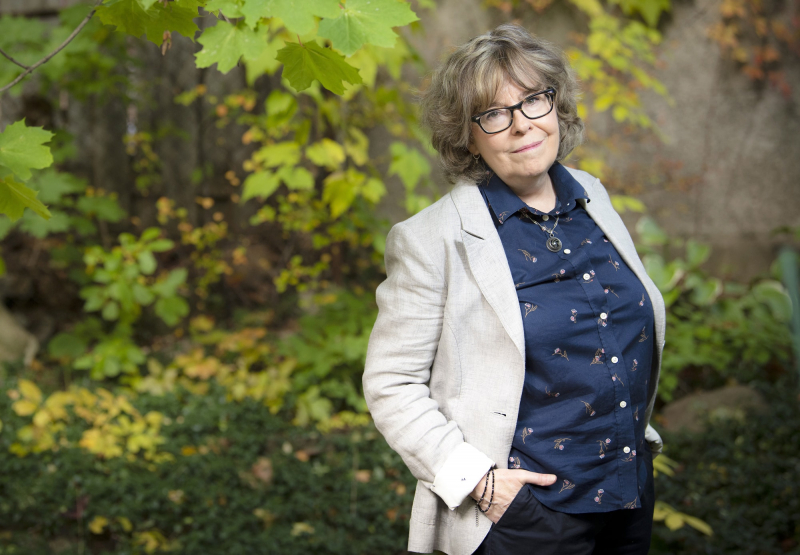 The talented Suzanne Aubry presents a fireworks ending to conclude the great saga Fanette. A New World, the third and final part of Fanette: the sequel, immerses readers in fascinating intrigues. Around this heroine alive and motivated by great causes, conflicts and mysteries abound. Over the pages, Fanette is transformed, just as much as Quebec in which she campaigns for women's rights and workers' rights.

Fans of the series find a Fanette who is far from giving up in this new volume. Unable to practice her profession as a journalist as long as her husband was in power, she joined the Cercle des femmes pour le progress, while Quebec was changing with the slow but constant advancement of feminism.

Marie-Rosalie, her eldest daughter, finds herself alone in Paris, without financial resources, and decides to attend the auditions at the Conservatoire de musique.

At the same time, Madeleine Portelance flees to France with her partner . The fearsome police chief Georges Duchesne is still on their trail and Madeleine fears being accused of the murder of her former lover.

The Fanette seriesends in beauty. “It's kind of like fireworks – it's still the end of a great saga. This is the tenth volume,” comments Suzanne Aubry, in an interview.

Ten volumes! A colossal job. “If I had known, when I started, maybe I wouldn't even have boarded! Finally, as I wrote, I felt that I always had something to say. In History, there were very interesting facts that inspired me. »

For the third and final part, which takes place in 1885, Suzanne Aubry has extensively documented the smallpox epidemic that raged at the time.

What she discovered in doing her research flabbergasted her.

“It threw me to the ground: it's exactly the same as today. There were antivax, people who didn't want to be vaccinated and who were afraid of vaccines. A doctor said that vaccines were dangerous. There were people taking to the streets and protesting. Everything we've been through, and everything we're going through with the pandemic, existed at that time.

It was a godsend for her.

“I love finding facts in the past that illuminate the present. For me, it is extremely important to illuminate our contemporary perceptions with the events of the past. I am not nostalgic. I don't want to go back to the past. What interests me in history is what it teaches us about life today. »

In the novel, she also evokes a very important historical fact in Canadian history: the trial and death of Louis Riel, leader of the Métis people on the Prairies.

“It's been a long time since I wanted to talk about it. In 1885, it was his trial. An unfair trial that takes place in Saskatchewan, with a completely English-speaking jury and a null defense. They couldn't defend him properly because he was already condemned beforehand. It was very unfair, and me, the injustice revolts me. »

In addition, Suzanne Aubry finds herself in the militant side of Fanette, who is committed to feminist and working-class causes.

“She became more and more independent and was elected president of the Women's Circle for Progress. She will follow in the footsteps of her adoptive mother. »

« During the writing of Fanette, I was immersed in union fights. It influenced me. My social commitment is deep and I am interested in the society in which we live. »

♦ In bookstores on October 26.

♦ Suzanne Aubry is president of the Union of Quebec Writers and Writers (UNEQ ) since 2017.

♦ The first seven volumes of the historical saga Fanette, which tells the story of an orphan of Irish origin exiled to Quebec in 1847, sold more than 100,000 copies.

♦ She has published several other novels, including La Cueva, Je est une autre >and My life is in your hands, finalist for the Prix des cinq continents de la francophonie in 2016.

♦ She is working on her next novel.

“Marie-Rosalie walked up the stairs to her apartment, still reeling from the brutal way Monsieur Sylvestre had treated her. If her colleague Charlotte had not intervened, she had no doubt that the sales manager of the store Au bonheur des dames would not have hesitated to rape her.

Once inside the cramped apartment, the young woman locked the door in a cautious reflex and took a few steps towards the window overlooking a tinsmith's shop. She tried to put her thoughts in order. Now that she had lost her job as a piano player at the department store, she had to think about her future. She intended to continue to participate in performances at the Théâtre Gaîté as an accompanist, which would allow her to earn some money, even modestly, but she still hadn't given up on her dream of studying at the Conservatoire de musique de Paris. However, she had no idea how to get in. He would have to go there in person to find out. »