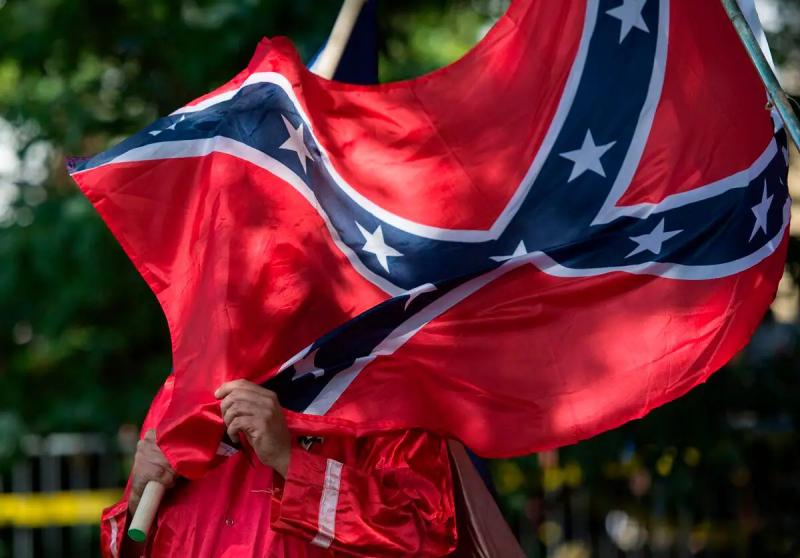 An independent commission will recommend the dismantling of an iconic and controversial Confederate statue at Arlington National Cemetery near Washington in a report it will submit to the US Congress later this month, confirmed an official told AFP on Wednesday.

This document will mark the end of the work of this commission, which has already recommended renaming nine military bases bearing the names of secessionist officers, who fought in defense of slavery during the American Civil War (1861-1865).

The statue honoring the Confederate States at Arlington National Cemetery, erected in 1914, depicts a woman adorned with a laurel wreath, an allegory of the American South before the Civil War.

“At the foot of the statue, there are two slaves who seem happy with their lot and this does not show enough the monstrosity of slavery. It’s a problem”, justified Mr. Seidule.

If the dismantling of this memorial statue is recommended by the independent commission, on the other hand the graves of the secessionist soldiers will remain in the cemetery of Arlington, where rest the American military heroes.

“The law is very clear to this subject, we do not have the right, and we do not want to move these bodies buried there more than a hundred years ago, ”insisted the vice-president of the commission.

The final decision to rename all sites and assets will rest with the Pentagon. The total estimated cost of the operation is $62 million, the commission calculated.

This report comes amid growing awareness in the United States following the death of George Floyd on May 25, 2020, even if the question of places paying tribute to Confederate generals remains a sensitive subject there.

Former Republican President Donald Trump had thus vetoed a budget of the Defense providing for the creation of the commission, a veto finally overridden by Congress.