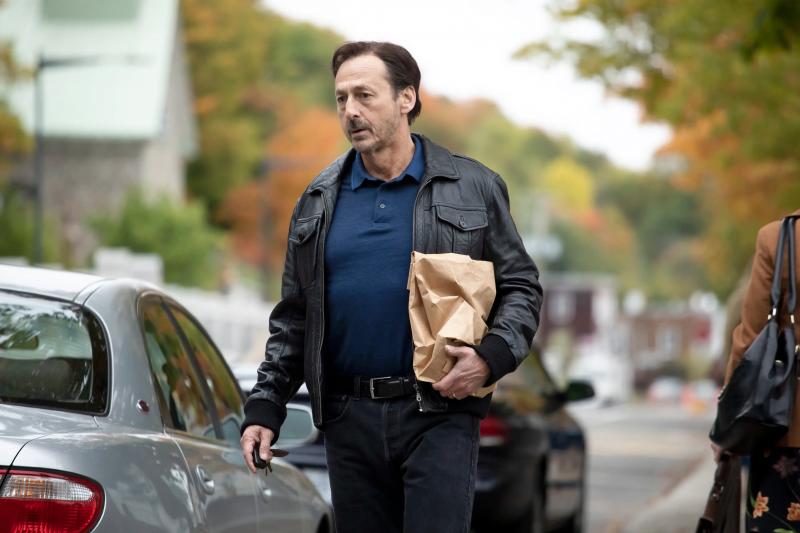 Quebec crime has rarely been explored in our cinema. Bringing to the screen the fascinating story of contract killer Gérald Gallant, Luc Picard offers, with Confessions, a film about gangsters like we love them: captivating, moving and very entertaining!

Let's say it right from the start: Luc Picard has achieved a feat by carrying this suspense at arm's length, which he signs the realization in addition to defending the main role. Behind the camera, Picard shows great mastery, signing his best film to date as a director. In front of the camera, the actor offers a masterful performance in the guise of Gérald Gallant, one of the worst contract killers in the history of Quebec, who played an important role in the bloody biker war of the 1990s and 2000s.< /p> Luc Picard plays contract killer Gérald Gallant in the police drama Confessions, in cinemas from Wednesday.

Scripted by Sylvain Guy (Détour, Mafia inc.), Confessionsdraws its inspiration from the book Gallant: confessions of a hired killer, written by journalists Eric Thibault and Félix Séguin, from the Journal Investigation Bureau, in 2015. Cleverly constructed, the narrative revolves around the police interrogation during which Gallant admitted to having committed 28 murders between 1972 and 2003, while working for the Rock Machine, the enemy clan of the Hells Angels.

We discover a killer who does not have the profile of the job at all: a stuttering, taciturn man, who leads a seemingly quiet life in a small house in Donnacona and who rides a bicycle in his spare time. A man who was also rejected all his life, including by his mother, who constantly denigrated him.

Luc Picard was able to inject this character full of paradoxes with a good dose of humanity, while avoiding the trap of making him too sympathetic or endearing. Shot without complacency and with striking realism, the sometimes very violent murder scenes illustrate very well the monstrosity of this cold-blooded killer.

To overcome the fact that the “hero” of his film is not flamboyant, Luc Picard had the good idea to surround him with more colorful characters. We will particularly remember the intense acting of David La Haye in the skin of the eccentric and unpredictable Dolly, an accomplice of Gallant who must constantly suffer the reprimands of his partners in crime because he is homosexual. Éveline Gélinas and Sandrine Bisson also offer moving performances in the respective roles of Gallant's wife and mistress.

Very effective, Confessions stands out from the films of traditional gangsters by showing petty crime without scale, far from the rich families of the Italian mafia often depicted in the cinema. The subject matter is dark, but Picard sprinkled the film with subtle dark humor. If it accentuates the tension in certain dramatic scenes, the music composed by Daniel Bélanger also manages to lighten the tone at several points. The beautiful theme song of the film is likely to stay in your head for several hours after the screening.

A film by Luc Picard