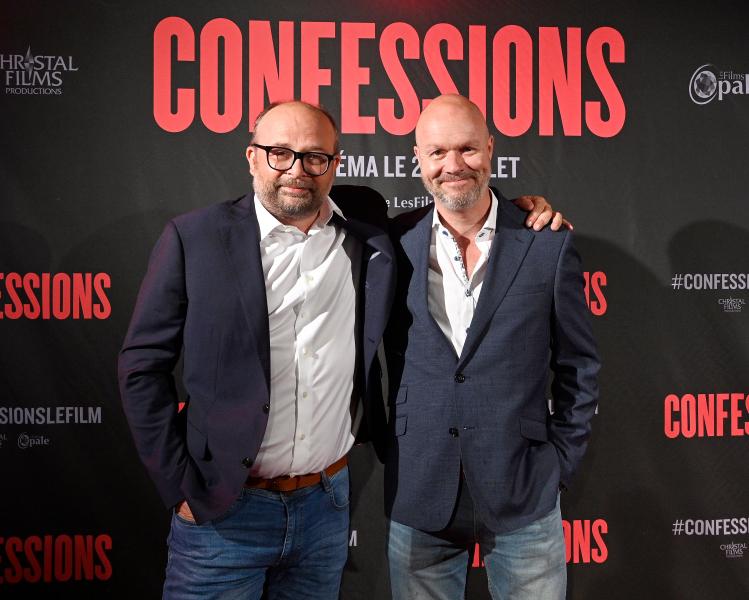 They took the break with Luc Picard and the five-star cast members of Confessions the eyes brilliant as children; investigative journalists Eric Thibault and Félix Séguin would never have believed that their book Gallant: Confessions of a Hitman, published in 2015, would be adapted into a film directed and starring this Quebec actor.

Eric Thibault has written dozens of articles and covered the entire story of Gérald Gallant, recognized as one of the most prolific killers in Canada. With his colleague Félix Séguin, he wrote this book which documented both Gallant's life story and the period of the Biker Wars. In the preface to the book, Dany Doucet, editor-in-chief of the Journal de Montréal, even wrote that he would be very surprised if this story did not become a film.

This is done, to the delight of the duo who were first “seduced” by the atypical side of Gallant in his way of being a hitman. “He was a sober guy, a stutterer, a guy who trained and who was polite, that made him someone “interesting”, explains Félix Séguin, met on the red carpet of the premiere of the film. It was our gateway to talk about this period which has not been discussed so much on the big screen in Quebec.

This film adaptation of their work on this hitman who committed 28 murders – possibly more –, the two journalists had been able to see it for the first time more than a year ago. Because, due to the pandemic, the release of the film has been postponed many times.

“I already found that the film was so well scripted, so well acted, I was eager for it to come out, adds Félix Séguin. A journalistic project that turns into a film that arrives on the big screen, it's crazy! With the monument of the game in Quebec that is Luc Picard in addition! »

“Luc Picard is Gallant,” adds his colleague Eric Thibault. I watched hours and hours of video interrogations and when I saw it on screen, I freaked out. It's him ! I still pinch myself, it was our first book, I'm very proud! »

The two colleagues praise the respect and involvement in the script offered to them by screenwriter Sylvain Guy, who included them in the process from the start. “We were asked for our approval – our go – after the first cut,” says Félix Séguin, still surprised by this mark of respect for their work.

Like a journalist not afraid “to get his nose dirty while searching”, believes Félix Séguin, Luc Picard was not afraid to get wet and to meet real criminals in order to be able to embody, in the way the fairest, Gérald Gallant. The killer is still being held in a special detention unit kept secret along with criminals of his ilk.

The Book Gallant: Confessions of a contract killer by Félix Séguin and Eric Thibault is published by Éditions du Journal. A reissue including updates has just been launched.