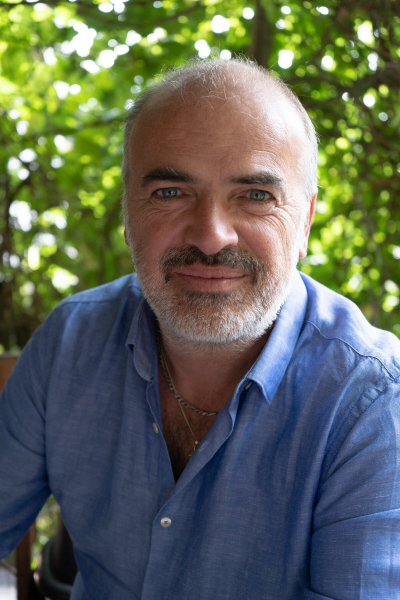 Live to be 160 years old, connected to the marrow and driven by algorithms, does that sound good to you? Full professor at Laval University and specialist in crisis management, Christophe Roux-Dufort imagined in his new novel, Rebecca Mandelson's algorithm< strong>, a society where, in the not so distant future, life would be extended to 160 years. A long, happy, healthy life… but connected. Hyper connected. And programmed and seriously controlled by algorithms and data. An idea that sends shivers down your spine.

In the society described by the author, religion as we know it no longer exists. It has been replaced by an algorithm that guarantees human beings immortality, happiness and peace.

Rebecca Mandelson, bioinformatics and nanotechnology genius, created the Transparency program an algorithm that could change the fate of the planet by eradicating religion and wars forever. But that's not for everyone…

Just after receiving the Nobel Peace Prize in 2040, Rebecca Mandelson is kidnapped by an armed group that threatens to kill her if she does not agree to deliver the source code of the algorithm that some seek to reproduce or destroy. .

During her sequestration, she meets Jericho, a man who will plunge her despite herself into experiences that will upset her certainties.

Rebecca Mandelson, torn between her loyalty to her partner, Velasco Moras, and her own doubts about what she has created, manages to flee. She will engage in a race against time to interrupt the final phase of Transparency.

Christophe Roux-Dufort, also author of novel The Dead Hand Manuscripts, explains in a telephone interview that he is interested in everything related to the technology of the future.

“I wanted to do a critique of the whole ideology around personal development, the pursuit of happiness, long life, etc. When the Notre-Dame cathedral in Paris burned down, it created a kind of intuition in me. I said to myself: I am going to write a story in which society will be so obsessed with its long life, its health, its happiness, that it will seek through this to eradicate all the religions of the world, through, precisely, a technology that allows this. “That's what put me on the trail of this book, where I imagine a scientist who develops an algorithm that guarantees a long, happy and peaceful life, as long as we follow the instructions of the machine.”

“I am not inventing anything”

“Yes, it is worrying, but at the same time, it is already the reality. This is a book in which I do not invent. I am not making anything up. I'm just extrapolating a little bit from things that already exist, including some technology.” “That doesn't mean that it's going to take this direction, but the fact that today, we essentially boil down to – at least for large companies – a sum of data, it's a reality. Whether this data is used afterwards to help us live better, or to direct us towards things… that's another reality.”

The outcome of the book shows that there is something else, he adds.

“Although we can boil down to data that can be manipulated, processed, we also have a pretty powerful inner life. And this fairly powerful inner life, that's what I try to convey in the book, is undoubtedly the ultimate bulwark against this manipulation, of which we are already somewhat victims, moreover.

The book is, in his opinion , an invitation to grow our inner life, our heart, our soul.

“This is the experience that the designer of this algorithm will have throughout the book.”