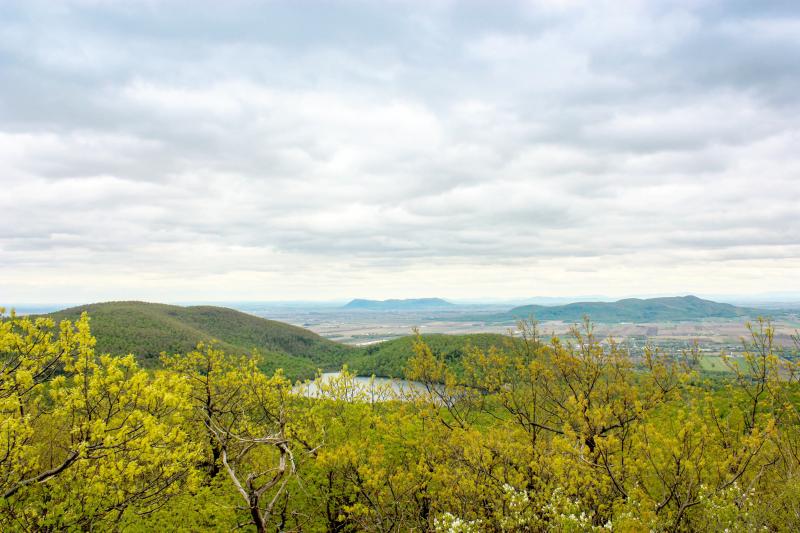 Launching my children the challenge of conquering the summits of the Monteregian hills in the midst of a pandemic, last year, I did not know that I was embarking on an adventure full of surprises

“Guys, we're going to climb all the peaks of the Montérégiennes this summer!”

When I launched this challenge at a family meal last year, I did not know that it would take us eight months to declare victory. It's been done since June 18, when Ludovic and I, chilled and shivering, set foot on the highest point of Mount Yamaska, in Estrie.

Why this challenge? Because the pandemic was wearing us all down and I was looking for a way to motivate the troops. Not Everest or the Himalayas, but the few peaks – I thought there were five or six – of the mountain range closest to us. Better: on which the majority of Quebecers live!

Wikipedia brought us back to earth: the Montérégiennes are a “series of ten hills aligned over a distance of about 90 km” can we read.

A distance clearly underestimated. Between Mont Mégantic and Calvaire d'Oka, the tongue of metamorphic rock plunges and resurfaces like a snake of stone for 300 km.

“What distinguishes the Montérégiennes from other mountains, such as Orford or Sutton, which are not part of it, is their geological composition,” says geologist Pierre Bédard, who teaches at Polytechnique Montréal.

The School of Engineering itself is located directly on the busiest of these hills: Mount Royal.

Mr. Bédard is familiar with these igneous rock intrusions, having studied them in detail for more than 20 years. He even accompanies groups in the field as part of UQAM's Cœur des sciences excursions for the general public.

“It is a geological ensemble that is quite rare on Earth and has several particularities. »

If all are made of metamorphic rocks, the subspecies are numerous. At Mont Saint-Bruno and Rougemont, feldspathic peridotite dominates. At Mount Royal, it is the melanocratic gabbro.

For the hiker, these differences are not very visible, but each hill has its charms and own challenges (see texts below). But the big disappointment is the difficulty of access to several trails.

A tenacious myth, which Mr. Bédard has debunked 100 times, is that Mount Royal and its sisters are ancient volcanoes.

“Absolutely not! sighs the geologist.

Yes, the lava-like molten rock that escapes from volcanoes is the source of the pebbles that damage our boots, but it is also different.

“Unlike volcanic rock, the alkaline intrusive rock cooled very slowly because it was covered by a 2 km layer of soil,” he says.

It is erosion that has allowed the hills to emerge; the Saint-André intrusion discovered in the 1960s is still underground. It may be the 11th hill in a few million years.

At the top of Mont Bernard.

< li dir="auto">Access: Public, paying. Go to Parc des Sommets, which is located at parking lot P-7 on the Mont Brome massif (Bromont). Cost: $11 adult, $8 child. At this price, one would have expected a trail map.

2. Mégantic: the closest to the stars

Mathieu-Robert Sauvé surrounded by members of his family: Ulysse, Caroline, Ludovic and the dog Tokyo, at Mont Mégantic.

5. Rougemont: in the apples

8. Saint-Hilaire, the most studied

9. Shefford, the most surprising

10. Yamaska, the most difficult

In the Yamaska ​​trail, ropes have been installed to help hikers.