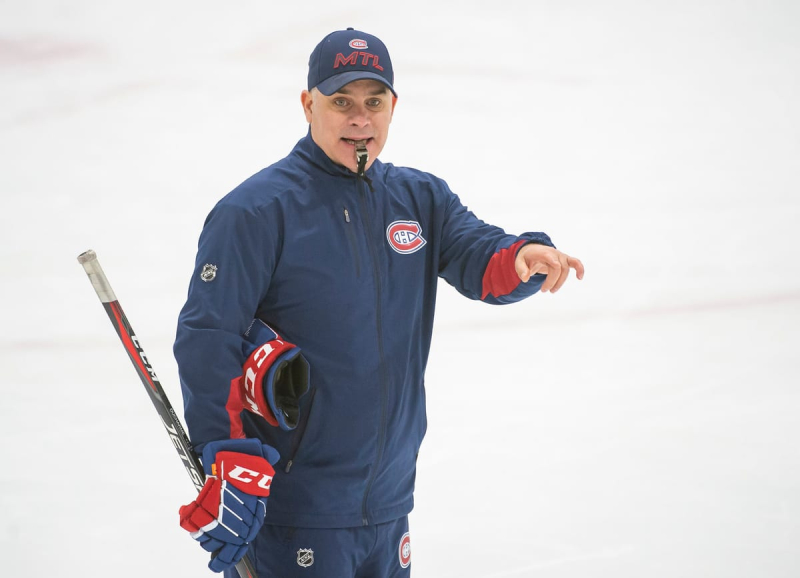 Ducharme led the Habs to the Stanley Cup Finals in 2021, before being fired the following season following the change of guard at the club's management.

Gervais, who retired at the end of the last campaign, was harsh on the former driver, saying he never had the support of the dressing room and was disorganized. A speech far from the one he had in private. Indeed, he would rather have praised his work behind closed doors.

“It disappointed me, it offended me to read that,” Ducharme said in an exclusive interview with the BPM Sports radio channel. . This is not the relationship I had with Pierre.”

“I had a lot of discussions with players who left after the 2021 playoffs. We lost leaders and important players, and they had words for me. When the Canadiens decided to move on in February, I had good words from them. I have a good relationship with them, a lot of respect on both sides.”

Falling out of his chair

Ducharme was hired by former general manager Marc Bergevin, and it was the latter who granted him a three-year contract extension after the journey to the Stanley Cup Finals. However, Bergevin has also passed through the wringer of Gervais, who attributed to him an adolescent attitude as well as mood swings.

Already affected in his pride by the comments made about him, Ducharme said he was also very surprised at those about his former boss.

“When I saw the comments about Marc there, I fell out of my chair. exclaimed Ducharme. […] Marc took care of the players and did everything to put them in good conditions.”

“Do you really believe that the day Marc said: “we are going to make a change, Claude [Julien] is going to leave”, he didn't consult a few important players to get their opinion on me? So what is written, for me, it does not reflect reality.”

Besides, Ducharme considers this file closed after his first – and last – comments on this subject.

“I won't talk about it anymore,” he said. We do it today and I close the chapter. I've talked about it enough.”