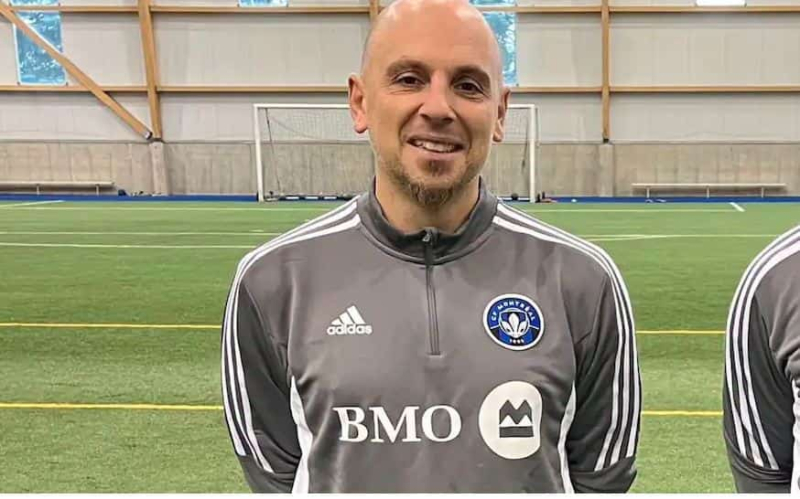 CF Montreal reversed its decision to hire Sandro Grande as head coach of its reserve team.

Tuesday, less than 24 hours later the announcement of his hiring, the club terminated the agreement of the 45-year-old man. His arrival with CF Montreal had shocked the political class because of comments made by Grande about ten years ago.

The cabinet of Prime Minister François Legault strongly condemned the hiring. This was also the case for the leader of the Parti Québécois, Paul St-Pierre Plamondon.

In the aftermath of the Metropolis attack in 2012, Grande posted a message on Twitter where he claimed that: “The only mistake the shooter made last night was missing his target! Marois! Next time dude! I hope!».

The former player of soccer has always claimed that his account was hacked. However, he admitted having made anti-sovereignty remarks on his Facebook account, notably arguing that people in favor of the independence option were “hillbillies” and that “separatists are so stupid that it is unimaginable”.

As a reminder, in the hours following the Metropolis drama, Grande posted this: “The only mistake the shooter made last night was missing his target! Marois! Next time dude! I hope!” https://t.co/dfXzkxJavu

“We recognize that the hiring of Sandro Grande was a mistake and we regret the repercussions caused by this decision,” CF Montreal President and CEO Gabriel Gervais said in a statement.

< p>“We would like to offer our most sincere apologies to all those who have been injured or shocked. Obviously, we lacked sensitivity and greatly underestimated the comments made and the actions he committed several years ago.

CF Montreal's decision was hailed by Prime Minister François Legault and Mayor Valérie Plante, among others.

I salute CF Montreal's decision to terminate its agreement with Sandro Grande. This story should remind us of the importance of never trivializing the attack on the Metropolis that occurred in September 2012.

.@cfmontreal made the necessary decision. The comments towards Ms. Marois remain unacceptable.

Hate, racism and misogyny have no place in our societies, and I hope that the club will continue to embody the Montreal values ​​of respect and inclusion.

Grande had apologized for her past behavior when announcing her appointment.

“I made some serious mistakes several years ago and I am deeply sorry for disrespecting whoever it was, he had said. I learned a lot from them and I know that I am joining an organization where the values ​​of inclusion and diversity are fundamental. I think it's important to use our personal experiences to continually improve and correct our past mistakes.”

Released by the Impact after grabbing teammate Mauro Biello by the throat during training, Grande ended his playing career the following year. He then acted as technical director with the Étoiles de l'Est (2011 to 2019) and FC Laval (2021 to 2022), in addition to working as manager of the men's and women's soccer programs at Collège Montmorency (2017 to 2021). ).

It's Patrick Viollat ​​who will ultimately lead the CF Montreal reserve team. He was originally hired as Grande's assistant.