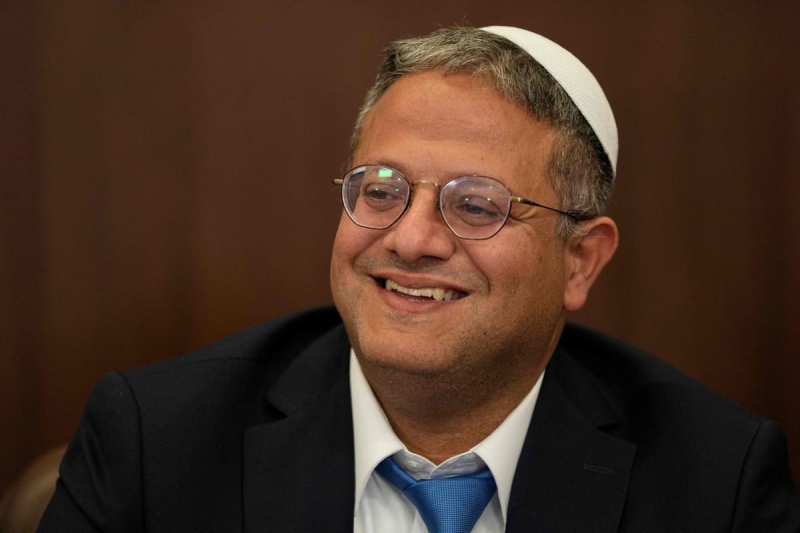 Israel's new national security minister and far-right figure, Itamar Ben Gvir, visited the Esplanade of the Mosques, a holy site at the heart of tensions in East Jerusalem, early Tuesday , despite threats from the Palestinian Hamas.

“Our government will not give in to Hamas' threats,” Ben Gvir said on Tuesday after the Palestinian Islamist movement Hamas, which controls the Gaza Strip, called the minister's intention to visit the esplanade ” prelude to a climb in the region.

The third holiest site in Islam and the holiest site in Judaism as the “Temple Mount”, the esplanade is located in the Old city ​​of Jerusalem, in the Palestinian sector occupied and annexed by Israel.

Under a historical status quo, non-Muslims can go there at specific times but cannot pray there. However, in recent years, a growing number of Jews, often nationalists, have surreptitiously prayed there, a gesture denounced as a “provocation” by the Palestinians.

Itamar Ben Gvir, who has been there on several times while he was an MP, announced his intention to go there as a minister.

“Our Palestinian people will continue to defend their holy places and the Al-Aqsa mosque”, Hamas spokesman Hazem Qassem promised on Tuesday, calling the visit a “crime.”In 2000, the visit to the esplanade by Ariel Sharon, then head of the Israeli right-wing opposition, was seen as a provocation by the Palestinians. The following day, bloody clashes opposed Palestinians and Israeli police, marking the start of the second Intifada (Palestinian uprising, 2000-2005).

In May 2021, violence in East Jerusalem, in particular on the esplanade, had been the prelude to an 11-day war between Hamas and Israel.

“The Temple Mount is the most important place for the people of Israel, we maintain freedom of movement for Muslims and Christians, but the Jews will also climb the Temple Mount and those who threaten must be treated with a iron fist”, added Mr. Ben Gvir.

A lawyer by training living in one of the most radical settlements in the occupied West Bank, Itamar Ben Gvir became a minister in December 2022 in the government led by Prime Minister Benjamin Netanyahu, the most right-wing in the country's history.

He defends Israel's annexation of the West Bank, where 2.9 million Palestinians and 475,000 Israelis live, in settlements deemed illegal by international law.

He also advocates the transfer of part of Israel's Arab population, deemed disloyal, to neighboring countries, and often travels where the tensions are the strongest, putting, according to its detractors, the fire to the powder.