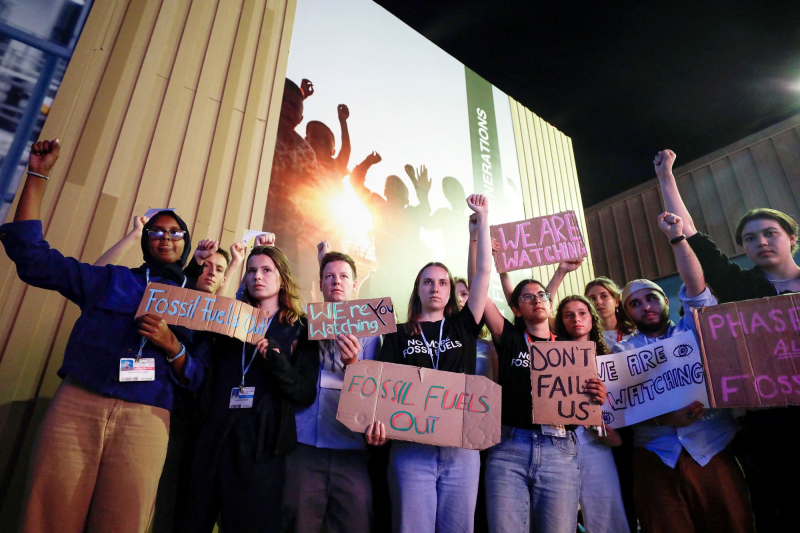 An aid fund for vulnerable countries affected by climate change and financed by developed countries will be created at the end of COP27. < /p>

The decision was announced late Saturday evening, by Sameh Shoukry, Egyptian Minister of Foreign Affairs and President of COP27: a specific aid fund dedicated to “loss and damage”, or the damage already caused by climate change. A decision presented around 4 a.m. local time, applauded by the crowd.

The fund will be reserved for developing countries, the most affected by the climate crisis, and would be financed by developed countries, the largest emitters of greenhouse gases (GHGs) on the planet.

After Having been repeatedly postponed, the closing plenary session of the 2022 Sharm el-Sheikh Climate Change Conference (COP27) has finally started in the early hours of the morning in Egypt.

According to several sources quoted by AFP, an – unofficial – agreement was reached on Saturday for the creation of this specific aid fund for “losses and damage”.

Saturday morning, however, COP27 seemed to be heading for failure, and the conference stalled for a long time on the issue of loss and damage.

While the countries of the South have been insisting since the beginning of the COP for the creation of the aid fund, their request was initially coldly received by Western countries.

The European Union had even threatened to leave the negotiations if no acceptable outcome was found, through the voice of the Vice-President of the European Commission Frans Timmermans.

“Rather not agree that 'a bad agreement, he launched Saturday in front of the press. We are concerned about some of the things we have heard over the past twelve hours.On Saturday during the day, the EU ended up letting go, accepting the principle of an aid fund, provided that the money is intended for the most vulnerable countries and that the funding base is widened to countries that have experienced strong growth in recent decades, such as China or Saudi Arabia.

“China, one of the largest emitters of GHGs, is still considered a developing country in official definitions,” explains Sébastien Nobert, professor at the Faculty of Science at the University of Montreal. This places it as a potential beneficiary of the fund, hence the reluctance of some Western countries.

For his part, the Chinese envoy Xie Zhenhua estimated that the fund should benefit all countries countries, but also conceded that it should be oriented “first to fragile countries”.

Many points of divergence between countries

The agreement reached on Saturday to end the COP27 almost did not materialize due to the differences remaining on several points.

Fossil fuels – coal, oil, gas – were still at the heart of the debates, several countries wanting the final declaration to call for phasing out all fossil fuels, and not just coal, as the draft final agreement presented Thursday by the UN.

“Many oil-producing countries, such as Saudi Arabia or Iran, are against such a text,” says Eddy Pérez, director of international diplomacy for the Climate Action Network Canada.

The journalist specializing in changes Leo Hickman even claimed on Twitter on Saturday that Saudi Arabia and Russia were blocking the negotiations at COP27, refusing to allow fossil fuels to be mentioned in the final declaration.

The French Minister for Energy Transition, Agnès Pannier-Runacher, had even mentioned a ” confusion ” last minute on the issue of loss and damage, as well as the difficulty of obtaining a text to match the 2015 Paris agreement.

The latter aims to limit the warming of the planet well below 2 °C , or even 1.5 °C, as recommended by the Intergovernmental Panel on Climate Change (IPCC).

“This COP cannot be that of renunciation, had declared the minister the day before on Twitter. The 1.5°C global warming target must not die in Sharm el-Sheikh. »

In a statement to the press, the President of the French Republic Emmanuel Macron considered that the creation of a single fund for loss and damage was “largely insufficient” to meet climate challenges.

” This is not the first time that the debates have dragged on during the COPs, underlines Olivier Sonnentag, associate professor at the Faculty of Arts and Sciences of the University of Montreal. However, if no agreement is reached at the end of the conference, it would be a total failure. ”