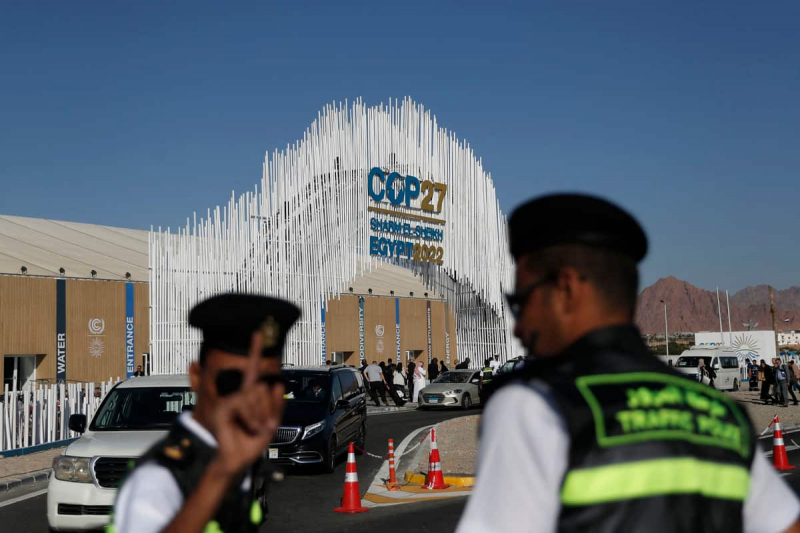 The UN, in charge of the security of the COP27 organized in Egypt, announced on Monday that it was investigating “violations of the Code of Conduct” by the Egyptian police, after the German delegation said it was “watched”.

Egypt, which intended to shine on the international diplomatic scene with this summit, is, after a week of COP27, under fire from criticism from human rights defenders, both for its repression of the opposition for years and for its management freedom to demonstrate and express oneself at COP27.

Since the beginning of the summit in Sharm el-Sheikh on November 6, many activists have complained of “interrogations”, “surveillance and draconian conditions imposed on the organization of demonstrations.

At the diplomatic level, Berlin, which hosted a remarkable panel on human rights in its pavilion at COP27, is at the forefront of the protests.

“The German delegation lodged a complaint because it felt under surveillance,” a German diplomatic source told AFP on Monday. “There were discussions with the Egyptian side.”

On German ZDF television, Liane Schalatek, head of the Heinrich Boell Foundation in Washington, said she was “watched and much less comfortable than at all previous COPs”.

“ When we reserve a room for civil society discussion meetings, the technical support cameras are always trained on the faces of the participants,” she said. “It's unusual and unnecessary (…) and we can't rule out the possibility that everything will be recorded.”

Already Human Rights Watch (HRW) had expressed concern that the COP27 application of Egyptian authorities can record information from the telephones of the participants.

The NGO had also reported the installation of cameras in hundreds of taxis in Sharm el-Sheikh, “connected” to the Ministry of Interior.

Civil society in Egypt was particularly moved by the treatment of Sanaa Seif, the sister of Alaa Abdel Fattah, a political detainee in danger of death after seven months of hunger strike.< /p>

She was attacked twice at COP27 by pro-regime figures, including an MP who had to be barred by UN security.