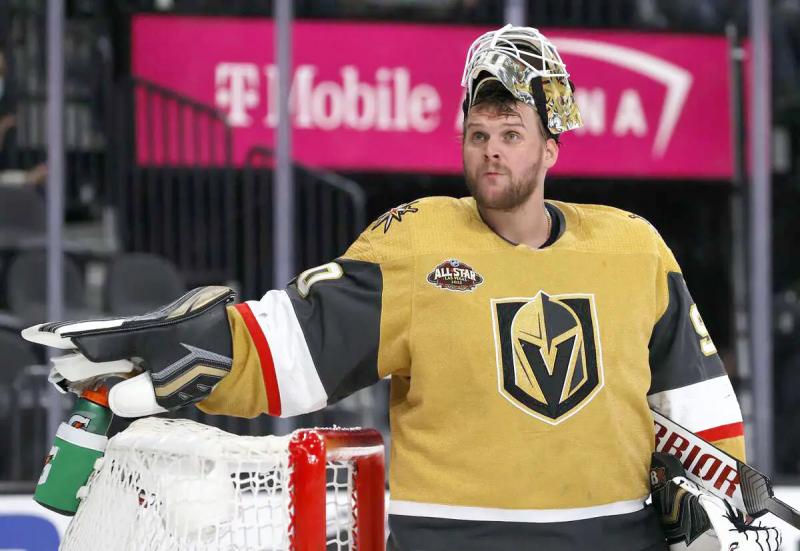 Where is Marc-André Fleury? The Golden Knights must now question the decision they made a year ago to let go of their expansion goalie because coach Peter DeBoer, since fired, preferred Robin Lehner. p>

A decision that could have serious consequences since Lehner will not play next winter. Hip surgery will keep him out of the competition.

Injury or not, the fact remains that Lehner did not exert the desired impact.

The owner of the Golden Knights had promised the Cup Stanley to supporters of the formation.

“It's going to take five years”, he had trumpeted.

The owner therefore forced the leaders of his team to take wrong decisions and put his organization in a precarious salary cap situation.

The results: The Golden Knights missed the playoffs last year. The previous year, they had been eliminated by… the Canadiens.

Along the way, this team exchanged some good elements, one only has to think of Nick Suzuki. We looked for quick wins with veterans like Alex Pietrangelo and Jack Eichel. So far, it hasn't worked.

And, now, to meet the salary cap, the Knights have shipped Max Pacioretty to Carolina…Unfortunately for the Hurricanes, Pacioretty will be out for the first four months of the season having undergone surgery on Wednesday.

< p>The troubles of the Golden Knights are not without being a warning for the other formations of the league. The general managers have taken notes and they will avoid taking the same route to achieve the objectives set… but sometimes.

One tournament too many?

Of course, the decision makers of the International Ice Hockey Federation had not anticipated that a scandal would disrupt the activities of Hockey Canada.

When they decided to cancel the World Junior Hockey Championship in last December due to the pandemic, they took a few days to finally come to the conclusion that said tournament would be presented in August.

If the tournament therefore takes place in front of a low participation of amateurs, there will have several reasons to explain the mixed interest of the latter.

However, even before the Hockey Canada scandal, was it justified to present the competition at this time of year?

The best decision would have been to cancel the 2021-22 version of the championship and prepare for the 2022-23 competition.

Meanwhile, the television issue is not without concern for the IIHF as well as Hockey Canada decision makers. Can we convince the sponsors to end their truce? Will we want to partner with Hockey Canada again?

TSN is said to have thought long and hard about its involvement in the current competition. We hesitated before deciding to present the tournament as we have done in recent years.

Therefore, it is important for the TSN and RDS networks to know the intentions of the former commercial partners. Do they want to continue their partnership?

The fact remains that the International Ice Hockey Federation should have taken a rain coupon. Cancel the 2022 competition and think about the December/January event.

Who will leave? Beauvillier?

In New York, we are convinced that Nazem Kadri will play with the Islanders next season.

The center player and Lou Lamoriello have reportedly reached a several seasons.

However, as the cunning general manager often does, he waits until he has placed all the documents in the file in the right place.

So which player will leave the Islanders? There has been mention over the past few days that Josh Bailey with his $5,000,000 per season contract would be a logical solution under the circumstances.

Except Lamoriello gets very few calls for the veteran winger .

Anthony Beauvillier would, it seems, be an alternative. He has an annual salary of $4,300,000.