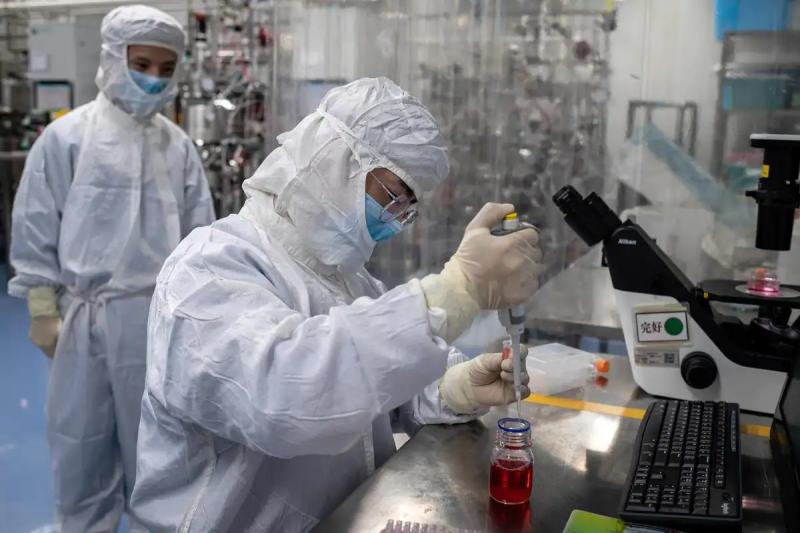 A first case of contamination with the BA.2.75 subvariant of Omicron, nicknamed “centaur”, has been detected in the Netherlands in a sample dated June 26, the Dutch Institute announced on Wednesday for Public Health and the Environment (RIVM).

“The BA.2.75 variant of the coronavirus”, already detected in India, Australia, Japan, Canada, the United States, Germany and the United Kingdom, among others, “ has now also been identified in the Netherlands,” the RIVM said in a statement.

“Little is known about BA.2.75,” the Institute clarified, but it “also appears to be able to more easily circumvent the built-up defense against the SARS-CoV-2 coronavirus through specific small changes.” < /p>

World Health Organization (WHO) chief scientist Soumya Swaminathan said last week that BA.2.75 was first reported in India and then in about 10 countries. other countries.

She pointed out that there are “still limited sequences” for analyses, but indicated that the subvariant appears to have some “mutations on the receptor binding domain of the spike protein (…) a key element of the virus that binds to human receptors.”

“It is still too early to know whether this subvariant has additional immune evasion properties or is even more severe in terms of clinical – we do not know,” she insisted, while ensuring that the WHO is monitoring the situation.

The sample in question in the Netherlands comes from the province of Gelderland ( northwest), and was sampled on June 26, 2022, said the RIVM, which will look to see if a search for the source is possible and “is closely monitoring the situation”.

BA.2.75 a was listed on July 7 by the European Center for Disease Prevention and Control (ECDC) as a “variant under surveillance”.

Tom Peacock, a virologist at Imperial College London, tweeted in late June that BA.2.75 was “worth watching”, as it contains “lots of peak mutations”, is a “probable second generation variant”, with “apparent rapid growth” and “wide geographical spread”.