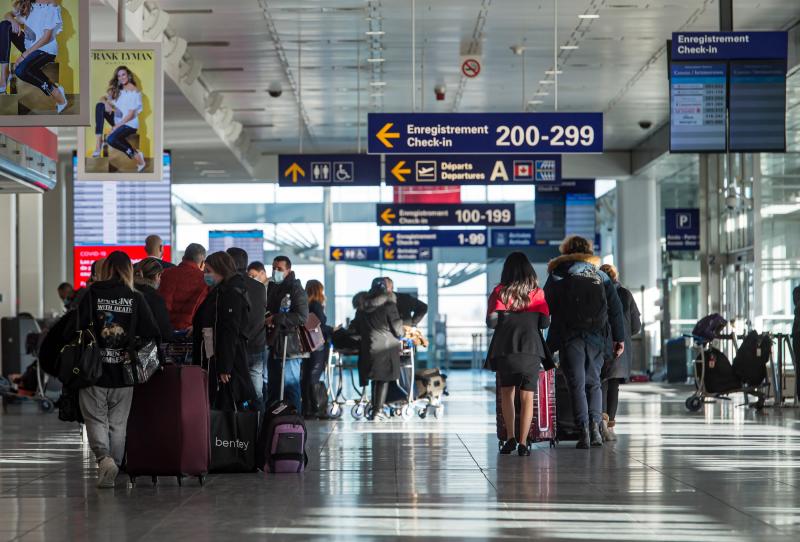 The Trudeau government has decided, in the midst of the seventh wave of COVID-19, to extend its travel restrictions at the border until at least September 30.

< p>“It is important to remember that the pandemic is not over. We must continue to do everything we can to protect ourselves and others against the virus”, explained the Federal Minister of Health, Jean-Yves Duclos, to explain this decision.

Thus, travelers who are not adequately vaccinated, that is to say who have not received at least the two initial doses of the vaccine, should continue to submit to a mandatory screening test upon their arrival on Canadian soil. . They must additionally undergo a second test eight days after their arrival and quarantine for two weeks.

However, Ottawa has decided to maintain the suspension of random testing at airports until mid -July, the time to allow the airport authorities to transfer this burden to local businesses and pharmacies. Random testing is still in effect for land crossings, however

“Moving testing away from airports will allow Canada to adapt to the increased number of travelers while being able to monitor new worrying variants or changes in the epidemiological situation and to react to them quickly”, argued the government as the irritants for travelers accumulate, between crowds in airports, the crisis of passports and the extraordinary number of lost luggage.

All travelers returning to Canada must also continue to complete the ArriveCan application within 72 hours of their return to the country.