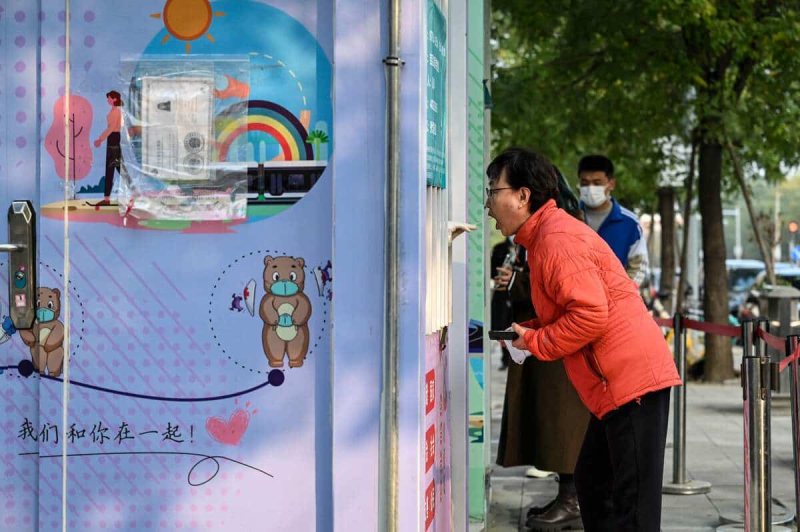 The Asian country is the last major world economy to apply a strict health policy, known as zero COVID, which aims to do everything to prevent contamination and death.

It consists of imposing confinements as soon as cases appear, quarantines for people who test positive and almost daily PCR tests.

On November 11, the government unveiled several significant relaxations. But local authorities continue to apply strict measures in the face of the spread of the virus.

The Ministry of Health announced on Monday around 27,000 new local positive cases (the vast majority asymptomatic) over the last 24 hours. A high figure for China, used to having only tens or hundreds of new cases.

The new dead are a 91-year-old woman and an 88-year-old man, both with serious medical histories including strokes, authorities said.

China announced its first death from COVID on Sunday -19 since May, an 87-year-old Beijinger.

Beijing reported 962 new cases in the city on Monday, compared to 621 the day before, out of 22 million inhabitants.

Nearly 600 areas of the capital, including residential buildings, are considered “high risk”, forcing their inhabitants to remain confined to their homes or to be taken to quarantine centers.

Schools have switched to online classes and employees are being asked to work from home.

Restrictions remain in several other major cities, including Guangzhou (south), where tens of thousands of cases have been identified in a week.

The zero-COVID strategy, effective in curbing the spread of the virus, is however dealing a severe blow to the economy, isolating China from the rest of the world and causing great weariness among the Chinese .

The 20 new rules published on November 11 to “optimize” this policy include simplifying travel and reducing quarantine times, especially for travelers arriving from abroad.

< p>Several cities had in the process abandoned the PCR tests imposed several times a week on residents, raising hopes of a reopening of the country.