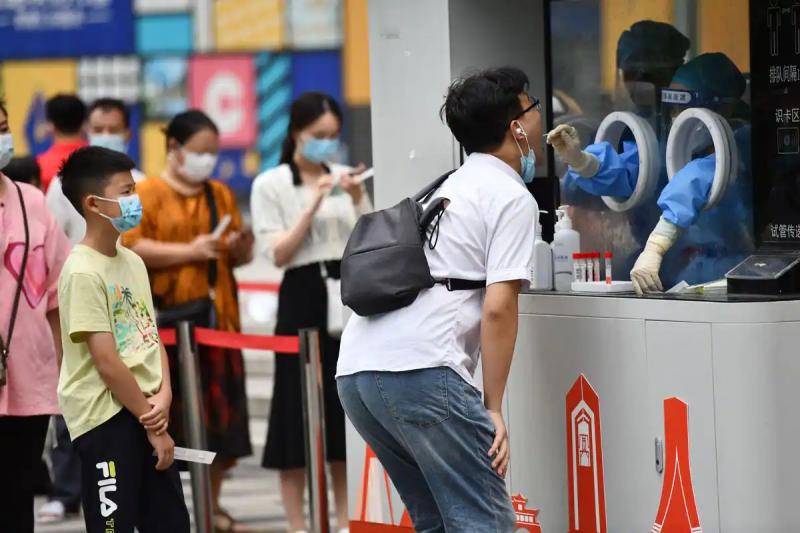 China confined more than 20 million people to Chengdu, a metropolis in the southwest of the country, on Thursday, as the Asian giant faces a limited epidemic rebound.&nbsp ;

The country continues to follow a strict health strategy despite a much lower number of contaminations than the rest of the world.

This policy translates into multiple confinements as soon as positive cases appear, through almost compulsory PCR tests every 72 or 48 hours, quarantine placements but also the unexpected closure of factories and businesses.

Chengdu, one of China's largest cities, reported 157 new positive Covid cases on Thursday. To stop the contamination, the authorities have ordered the screening of some 20 million inhabitants.

All will have to “stay at home” from Thursday 6:00 p.m., added the town hall, without specifying the duration of this extent.

China has been confronted in recent weeks with an epidemic rebound limited in number of cases but which now affects a large part of the country's provinces.

In at least ten cities and regions, the start of the school year has been postponed or is taking place online, according to the official press.

This is particularly the case in Xining, a city of 2.5 million inhabitants and capital of Qinghai, a vast province which notably borders Tibet (west).

At the other end of the country, tens of thousands of tourists were confined last month to the tropical island of Hainan (south ), a popular destination in China.