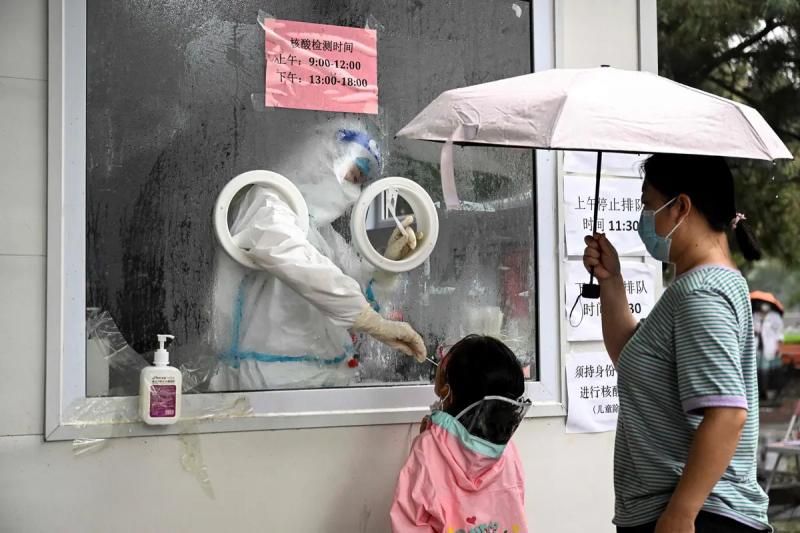 BEIJING | Beijing on Tuesday halved the length of mandatory quarantine for travelers arriving in China, a major easing of entry restrictions imposed by the country which has followed a strict zero-COVID policy since the start of the pandemic.

The first country to be affected by COVID-19, China closed its borders to foreign passport holders in March 2020 to guard against new infections, as the virus was spreading in the rest of the world.

To discourage the return of its nationals, Beijing imposed for more than two years a long and expensive quarantine in a hotel or a dedicated center. At the same time, China had sharply reduced the number of flights from abroad.

The country has since allowed a number of foreigners to drip return to China, but still not tourists. And most of the returns currently concern Chinese nationals.

Under a new directive, quarantine on arrival in China is reduced to 10 days from 21 initially.

Passengers arriving in China will be required to stay at the hotel for seven days and then observe three days of home observation, the health ministry said on Tuesday.

Since April, a growing number of pilot cities, including Beijing in May, had already reduced the quarantine for arrivals from abroad.

The few international flights, however, are frequently canceled, as Beijing applies a “circuit breaker” system, which consists of suspending connections when a certain number of passengers test positive.

China is the last major economy to still stick to a so-called zero COVID strategy aimed at eliminating all spread through massive screenings, targeted confinements and long quarantines.

At the beginning of June, Beijing somewhat relaxed visa restrictions for foreigners residing in China, as well as for their family members who wish to visit them.

On Friday, the Chinese civil aviation indicated to be in discussion with a number of countries to gradually increase the number of flights to China.

In recent weeks, international students from several countries, including India and Pakistan, have been allowed to return to China for the first time since the pandemic.

However, most analysts believe that the recovery of tourism is still far away.

At the end of the year must be held the 20th Congress of the Chinese Communist Party (CCP), during which President Xi Jinping should obtain a third term in the head of the regime.

China has also strongly restricted the departures abroad of its nationals. Since the end of 2021, Chinese people can no longer make “non-urgent and unnecessary” trips and most passport renewals have been suspended.

As voices have pleaded in recent months for an easing of health restrictions, President Xi Jinping called in May to continue the zero COVID policy and “resolutely fight” anything that “questions” this strategy.